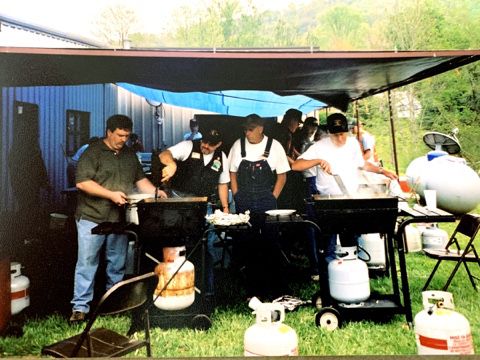 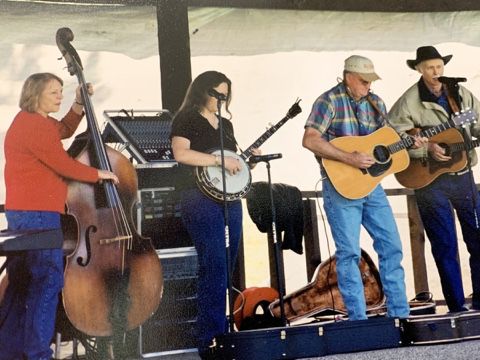 Whoever ate the first ramp is lost in the mists of time, but it’s a safe bet whoever it was liked them and wanted to spread the word about the mountain delight.

It’s also a safe bet this person was shunned in the pursuit of spreading this good news. The odiferous, pungent treats made “social distancing” popular before it became a necessity.

“The most conspicuous thing about a ramp is its breathtaking odor. Chopped up and scrambled with eggs, the vegetable is bad enough. But when you eat ’em raw, which a lot of ramp conventioners defiantly do, a ramp eater is something out of this world, where he should be, too. So strong is the breath of a ramp eater that a small group of them can easily empty a movie in a few moments, and they can force the closing of an entire school. And not for just an hour or so, because it takes from two to three days for a ramp eater to recover from the effects of his buckeye flat orgy; and if one member of a family is a ramp eater and the others are not, the most serious of domestic disturbances can ensue. In spite of these handicaps, it has been found practically impossible to reform a confirmed ramp eater.”

In older times, ramps helped break a fast of sorts. Among the first greens to appear, they offered a break from weeks of meals that might have consisted mainly of cornbread, maybe some smokehouse ham and pickled kraut. The ramp was treated as a tonic that helped get the blood flowing, preparing the body for the chores in the field that lay ahead.

Ramps also played an important part in mountain culture and politics, with the annual ramp festival in Waynesville the highlight of the political year in Western North Carolina.

Here in Jackson County, the king of the ramp feeds was the yearly fundraiser held by the Savannah Volunteer Fire Department.

The SVFD was organized in 1978, and Chief Darrell Woodard, who has been in the department since the beginning, said the first ramp fundraiser was held the next year in April of 1979.

It was a sumptuous feast that ran until 2003, with a plate consisting of ham, fried potatoes with or without ramps, green beans, coleslaw, cornbread and a drink and desserts fetching $8, $5 for kids.

“The last year we served about 2,500 plates,” Woodard said. “Some people ate more than one time. The number of meals served increased every year from the beginning, and in the end we were using 100 to 125 gallons of cleaned ramps each dinner.”

The event provided fellowship and entertainment, with the Deitz Family playing many events, while other times local musicians, usually gospel groups, pitched in.

Unlike some other ramp festivals, there wasn’t a raw ramp eating contest at the annual dinners, but raw ramps were available and consumed with gusto by many.

“Most people like the taste of ramps,” Woodard said, “but there are a few people that don’t. Most people that had never had ramps before liked them once they tried them. We had some people that had second homes in the area that would come in to check their property and come to the ramp dinner each year. Some people would drive a few hours to attend. The years that we were having the ramp dinner, this was the biggest fund raiser for the department. The last year of the dinner we cleared about $14,000 after expenses, about 20-25 percent of our budget.”

The event involved a lot of hard work for firefighters and friends. “Most of the ramps were dug by members, but we did have some family members that would help dig; we had more family and friends help clean the ramps than went to help dig. We would go on Saturday morning the week before the dinner to dig, we would return around 1 p.m. and start cleaning and clean until around 9-10 p.m. that night. During the week of the dinner we would work on cleaning the building and grounds in prep for the dinner. On Friday and Friday night we would meet and peel and slice potatoes, clean cabbage and bring in tables and chairs for the dinner.”

The end of the ramp dinners came about due to the fact ramps were a victim of their own success. Once confined to lush mountain coves and the local population, ramps became a culinary hit at high-end restaurants a couple of decades ago, and word began to spread. As it did, more and more people took to the hills every spring to gather them, to the point serious strains were put on the wild population.

In response, the U.S. Forest Service acted to protect ramps in their wild home.

“The USFS did not ban us from digging,” Woodard said, “but they did stop us from going behind locked gates with vehicles so we could haul the ramps out of the woods. The location we were digging at was 5 miles behind a locked USFS gate, and that would make it very hard to walk 5 miles in, dig the ramps and carry them 5 miles back to the trucks.”

Ramps are still a treat, but the treat that thousands enjoyed over the years alongside Savannah Creek is no more.

But when in its heyday, the SVFD put on a treat that was looked forward to for months, a ritual of spring in the truest sense.