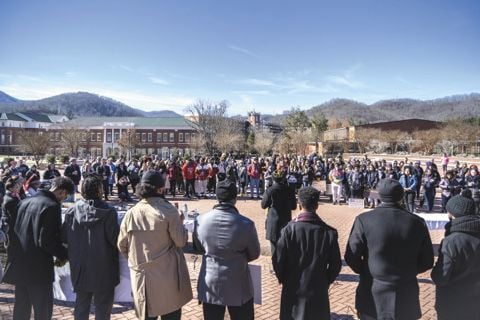 Events honoring the legacy of Martin Luther King Jr. will be held in Sylva and Cullowhee. Service events are also scheduled at several sites across the county. 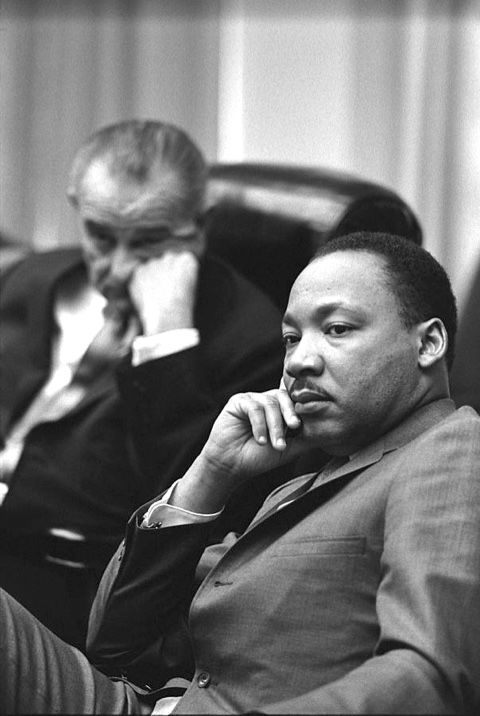 Events honoring the legacy of Martin Luther King Jr. will be held in Sylva and Cullowhee. Service events are also scheduled at several sites across the county.

On Monday, people across Jackson County will come together to honor the legacy of slain civil rights leader Martin Luther King Jr., and the struggle that continues.

The first event is a year-long film series hosted by the Jackson County NAACP. Showings will be held at the Lazy Hiker Taproom/Mad Batter Kitchen on West Main Street. To commemorate MLK Day, the group will screen “Selma” on Sunday at 3 p.m. and 6 p.m. The movie recounts the turbulent months of the civil rights movement in 1965, leading to the historic march from Selma to Montgomery, Alabama. The march led President Lyndon Johnson to sign the Voting Rights Act.

“The overarching theme of the film series are films that do an accurate presentation of the African American experience in the U.S. in the context of historical and ongoing civil rights struggles,” NAACP President Enrique Gomez said. “We live in a time in which white nationalism has become ascendant in the U.S., and has regained a foothold in the public discourse. In our community we want to (illustrate) the historically verifiable damage that racism, both legal and institutional, has inflicted on our nation and honor the legacy of those who fought against it and affirmed an inclusive vision for the country.”

The film showings are open to the public. Most are rated PG.

The NAACP’s goal for the series is to inspire people to continue the discussion and work of equal rights and voting rights, Gomez said.

On MLK Day, Jan. 20, Western Carolina University will hold the MLK Jr. Unity March at 11 a.m. Participants should meet at the plaza fountain. The march and related activities end at 1 p.m.

The NAACP is a co-sponsor of WCU’s keynote speaker for the week, Oralene Simmons. She is a civil rights leader and founder of Asheville’s annual Martin Luther King Jr. Prayer Breakfast. Simmons will speak at 7 p.m. at the Bardo Performing Arts Center on Wednesday, Jan. 22. The topic of her presentation is “Dr. Martin Luther King Jr.’s Legacy of Connection: The Story of the U.S.”

Gomez believes it is important for people of all races and backgrounds to participate in these events and keep the conversation and work of equality going.

“Dr. King’s voice echoes through time because it affirmed the fundamental equality of all black, white and brown people who participate in the life of the American nation,” he said. “This equality should be manifest before the law and the ballot box.”

King led the civil rights movement from 1955 until he was assassinated on April 4, 1968. Though he had been speaking about civil rights prior to 1955, his work began in earnest with his leadership during the Montgomery bus boycotts in Alabama. The 13-month-long protests started in December of that year with the arrest of Rosa Parks, who refused to give up her bus seat to a white commuter.

King focused on civil disobedience using nonviolent means like marches and sit-ins. He took inspiration from his Christian beliefs and the teachings of Mahatma Gandhi. King also spoke out on issues of poverty and war.

The holiday is the culmination of a decades-long battle to pass a law to establish a holiday in King’s honor. The early fight against the bill was led by North Carolina Senators Jesse Helms and John East who tried to smear King’s name with allegations of communist affiliations and extra marital affairs. Helms led a filibuster to halt the bill. Their attempts failed, and President Reagan signed the bill into law in November 1983.

After Reagan signed the law, King’s widow, Coretta Scott King, is said to have declared, “This is not a black holiday; it is a people’s holiday.”

The first Martin Luther King Day was recognized in 1986.

King is the only non-president to have a national holiday dedicated to him.

The day had been recognized by advocates for 15 years before gaining federal recognition.

Shortly after King was assassinated, Congressman John Conyers Jr. of Michigan proposed legislation in the hope of making Jan. 15, King’s birthday, a federal holiday. The federal law declared the third Monday in January as a holiday to remember and build on King’s work.

During Conyers’ bid for recognition, the King Memorial Center in Atlanta was founded. The center held the first annual observance of his birthday in 1969.

Several groups in Jackson County have created projects to participate in the MLK Day of Service.

Sorry, there are no recent results for popular articles.