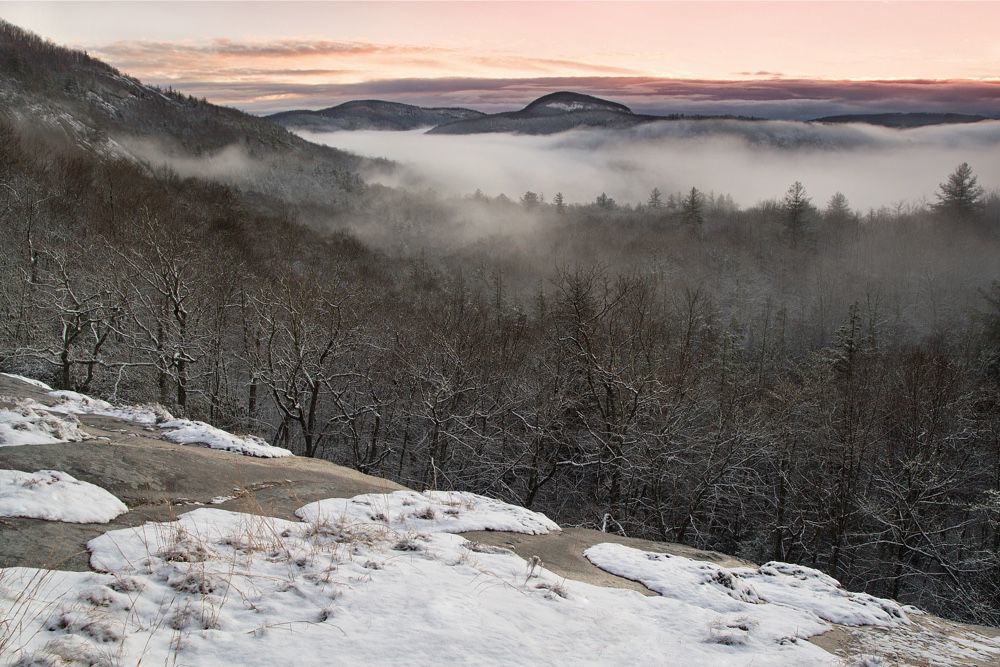 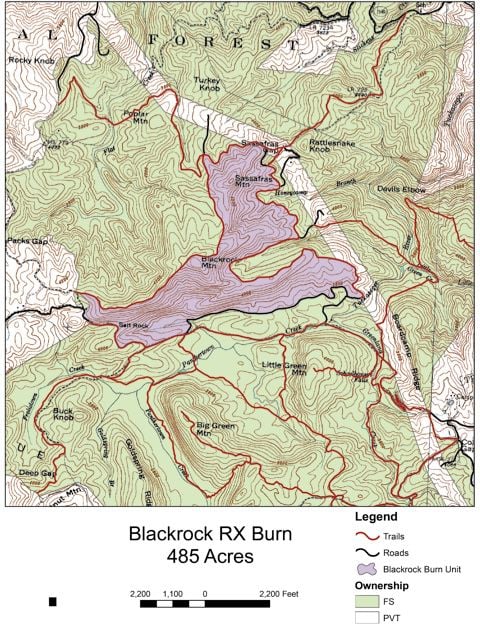 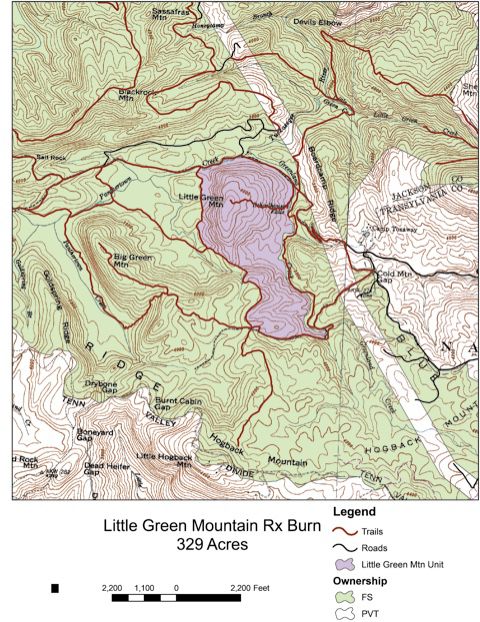 A U.S. Forest Service plan to conduct a pair of controlled burns in Panthertown is on the table again.

Nantahala District Ranger Mike Wilkins sent an April 10 letter addressed to the “interested public” asking for input about the burns – new information specifically – by April 25. Due to an error in the email address, the deadline was extended to May 9.

Rangers first accepted public comments in 2012 and held a public meeting that same year, with hundreds of opinions pouring in. Many who spoke out opposed the burns, and the USFS didn’t move forward with the plan. This time, however, the 2016 wildfire season, when 28,000 acres in the Nantahala National Forest burned, including land in Jackson County, might move public opinion in a different direction.

The Friends of Panthertown, a conservation nonprofit with a mission of “improving the quality and experience of recreational opportunities in Panthertown,” is a very interested part of the public.

The group had an emergency meeting last Thursday and met again Tuesday to address the possible burn. Members issued a statement, restating their original position from 2012.

“At that time, Friends of Panthertown indicated that while we understand the need for prescribed burns, we would prefer that the USFS not burn two of the most popular areas for hiking in Panthertown Valley, instead focusing their attention on lower use hiking areas.”

A total of 814 acres – 485 around Blackrock Mountain and 329 around Little Green Mountain – would be affected. The USFS would conduct one, two or three burns over a 10-12 year period during the dormant season of the year, generally between Oct. 15 and April 15.

“We find we get a better result if we burn it one year and a few years later burn it again, and then stretch it out to seven or eight or nine years,” Wilkins said. “The reason is, the smaller fuels and stuff that you are trying to kill slowly dies and when it falls down, that second burn might be too hot in year four or five, so we try to hit it again.”

“The last few years, we have been burning a little over 5,000 acres per year in Nantahala,” Wilkins said. “It’s scattered all around the district. It’s at different elevations.”

Wilkins’ letter cited the fall 2016 fire season as a prime reason for the burns.

“Our woods are generally too thick for what they should be naturally,” he said. “We need to reduce the fuel.”

Wilkins pinpointed restoring habitat for the table mountain pine (Pinus pungens) as another reason for the burns.

The table mountain pine is a serotinous conifer, meaning the pine cones only release their seeds with the help of fire, Wilkins said.

“In Panthertown, we really don’t have any of what I’d call ‘stands’ of the table mountain pines, we just have a few isolated trees,” he said. “But, that’s an indicator that at one time, the area obviously had reoccurring burning by the lightning or settlers or Indians. We think a burn will let more of them re-establish.”

Wilkins has two experts on his staff who write burn plans and submit them to a technical reviewer.

If accepted at that level, the plan, or “prescription,” goes to Wilkins for final approval.

“A burn plan is about 30 pages by the time you get to the actual day of the fire,” he said. “People have a little bit of a fear factor about prescribed burning. When we do the burn plan, we’re looking at a worst-case scenario. Should it escape, we’ve got plans to address it. It is not a willy-nilly process. Prescribed burning is kind of like silviculture with growing trees; it’s an art and a science.”

Wilkins’ letter said the USFS has all the input from the last call for comments in 2012.

The deadline to submit new information is Thursday, May 9. Oral or hand-delivered comments must be received at the Nantahala Ranger District office, during normal business hours, 8 a.m. to 4:30 p.m. Comments may be emailed to: comments-southern-north-carolina-nantahala-nantahala@fs.fed.us or sent by regular mail to: Nantahala Ranger District, 90 Sloan Road, Franklin NC 28734; or faxed to 369-6592.

Forest Service: Preventative fires a must

What is a 'prescribed burn?'

Information about prescribed fires from the United States Forest Service:

Panthertown and its history: A closer look