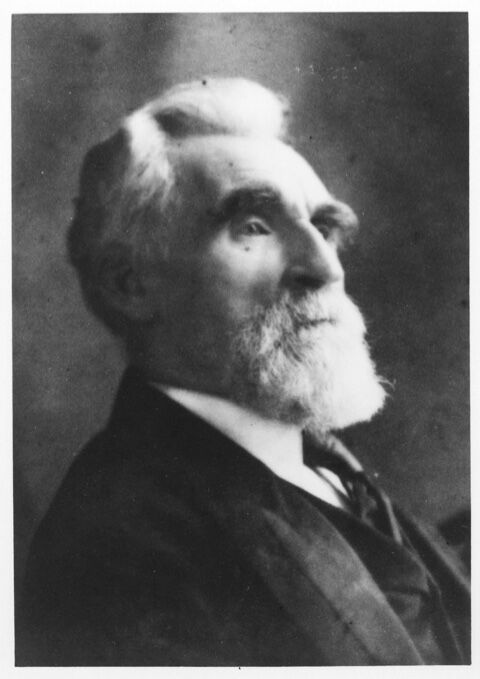 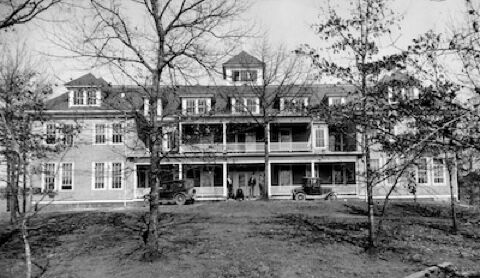 Two landmarks at Western Carolina University, Scott and Walker residence halls, are no more, with nothing but rubble as a reminder of the structures thousands of students called home during their time as Catamounts.

The two buildings were pulled down by a long-arm excavator, described by Matthew Millican, WCU facilities management engineer, as “a type of track hoe with an extended boom” used to pull down chunks of the buildings.

With Scott gone, the last sliver of Walker got one last mention in the news when it collapsed, crushing the machine’s arm.

Scott and Walker aren’t the first residences to exit the stage in Cullowhee.

The first, in fact, remains a memory for only a very few.

The Davies Home, the first dormitory in Cullowhee, was built in 1909 above the old Madison building. It wasn’t occupied until 1910, a year when it was home to a single female student who had the entire building to herself.

The residence was named in honor of Daniel D. Davies, a Welshman who was drawn overseas by the mining industry in Western North Carolina. He settled in Cullowhee and played a key role in the history of WCU, being one of the “Noble Nine” who backed the vision of Robert Lee Madison to begin training teachers to spread education throughout the mountains.

Madison was headed to Raleigh to take a job in 1889 when the Nine convinced him to stay, vowing to devote money and effort to the “Cullowhee Idea.” Davies was among the initial trustees when Cullowhee High School was chartered in 1891.

As enrollment grew, Davies became a lively place. A story from the Nov. 4, 1925 Jackson County Journal weaves a tale of an enchanted Halloween party on the campus of Cullowhee Normal:

“The young men and faculty members of Davies Hall gave a delightful Hallowo’en party Saturday evening, Oct. 31. Invitations were sent out in advance suggesting that each guest come masked and be on close guard for witches and ghosts. The reception halls were beautifully decorated with lighted pumpkins, crepe paper hangings, and rich colored foliage from the mountain sides. The lights were carefully shaded, which gave the whole setting an inviting habitation for strange spectres and weird looking creatures. At eight o’clock sharp the sister “spooks” and apparitions from Moore dormitory and the neighboring hills made their appearance a hundred strong. They were ushered in by unknown hosts, and at once, the fun began. The whole party was soon conducted in a daring tour through the chamber of horrors, where they were permitted to peep into the lower regions. Here they saw Bluebeard and his wives, the attending imps and other frightful scenes. The shrieks made by both the inhabitants and the guests created an atmosphere that was somewhat uncomfortable for the time. The fortune teller was kept busy in her booth for more than an hour revealing startling facts to those who were anxious about their future welfare and happiness. After some time was spent in general merriment the guests were assembled in the large reception room (formerly the dining hall) where a specially prepared program was given. The numbers were in keeping with the spirit of the occasion and again some thrilling scenes were introduced along with a comical program. At 9:45 p.m. it was officially announced that refreshments were ready to be served in the front reception room. Here were found prepared punch, wafers, candy and apples which were served in abundance. At 10 o’clock the guests left after singing a goodnight song and giving 15 rahs for the boys of Davies Hall.”

The Davies Home served the growing institution well over several decades before being torn down in 1950-51 and being replaced by Reynolds Hall.

If you’re heading out, you’re still encouraged to wear a mask.