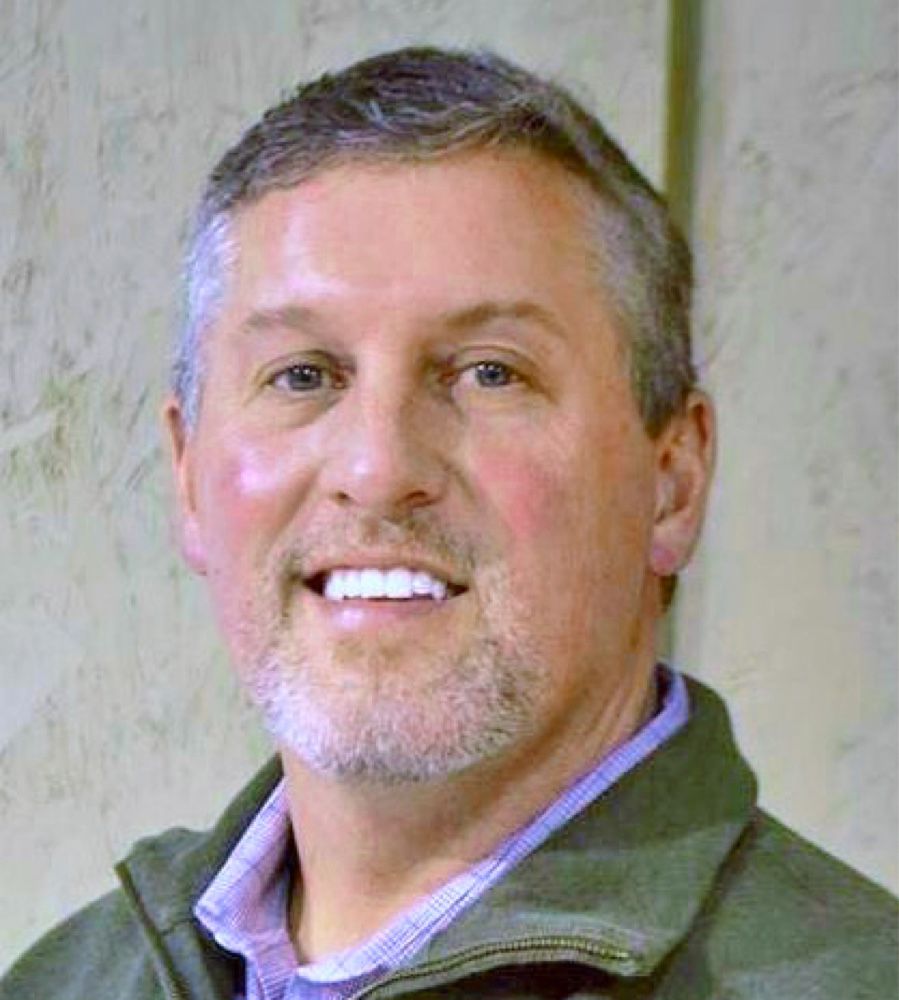 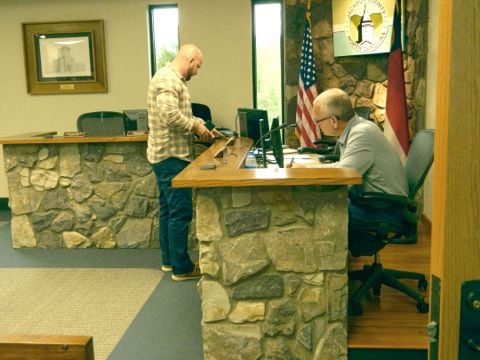 Jackson County Republicans are unhappy with the performance – or what they consider a lack of performance – from one of their elected representatives.

The Republican Party wants Commissioner Mickey Luker removed from office and someone they believe would do a better job to replace him, said Ralph Slaughter, vice chair of the Jackson County Republican Party.

Republicans are upset by the fact that Luker has been physically present at only seven of 43 Board of Commissioners meetings in 2019 and attended 12 other meetings by conference call.

Slaughter asked for Luker’s removal during the public comments portion of the meeting.

“Jackson County, North Carolina elects commissioners countywide with one commissioner represented in each district,” he said. “I pay taxes in district four. . .and I do not have a commissioner to represent me. I feel this is taxes without representation.”

Amotion is the legal process of removing a person from an office before the end of their term.

Slaughter presented documents to the board detailing the process.

Removal by amotion has happened twice in North Carolina. The most recent case, in 2013, was overturned on appeal. New Hanover County Commissioner Brian Berger was removed from office using the process, but Superior Court Judge James Gale rejected the decision saying that commissioners made the decision “based solely on the personal experiences of the fact finders, including interactions with unnamed staff” instead of empirical evidence.

Gale ruled that amotion must include notification of the party being considered for removal and a hearing. The final decision must be based on quantifiable evidence upholding the reason for removal.

Slaughter suggested that Luker could be replaced under North Carolina General Statute 153A-27.1. The statute outlines rules for replacing a commissioner in the case of a vacancy.

South Jackson County resident Phil Fowler called Luker out during the meeting and asked him to step down.

“I don’t wish Mr. Luker bad luck,” Fowler said. “I call on him to resign or show proof that he is currently in a hospital being treated and is unable to attend his duties as a county commissioner. If that’s not the case, then he should resign.

During the press question and answer portion of the meeting, Don Richeson of the Crossroads Chronicle asked Luker directly if he intended to resign.

Luker either refused to answer the question or the call was disconnected.

The board did not discuss the subject and took no action during open session.

Missing meetings and attending by speaker phone is unacceptable and not true representation for District 4 constituents, Slaughter said in an interview with The Herald. Slaughter became aware of the attendance issue early this summer.

“I really don’t have any (complaints) other than that,” Slaughter said. “I live in district four which is south Jackson County. With Mickey not participating, right now district four has got no one representing them.”

Slaughter has no problem with an occasional call in, but believes Luker is abusing the practice.

“I don’t think he should do it all the time,” he said. “He has not been to a meeting now in months, and the last two meetings previous, he didn’t even call in.”

Attendance records from the county show that Luker did not attend or call in on Oct. 1. He participated via conference call on Sept. 17, but he missed a work session the week prior to that meeting.

There is no compromise that would allow Luker to keep his seat and appease Republicans, Slaughter said. They want Luker gone.

“I’ve known Mickey for years. I was responsible for getting Mickey elected,” Slaughter said. “His job is to represent his district, and he is not. How do you compromise? He won’t talk to anybody. No one, no one in my party or commissioners. They haven’t talked with Mickey.”

Slaughter claims Luker told him that he wanted to resign his seat on the board, but the lack of communication is leaving the issue unresolved.

“Mickey had told me about four months ago that if I would find a person to be appointed to his commissioners’ seat that he would give me a letter of resignation, or he would present this to the commissioners.” Slaughter said. “We, or I, did not receive that letter. Now, the only way the he can be removed is by the commissioners.”

If the board does not take up the issue Slaughter says the party’s hands are tied, and they have to accept the situation.

“But I can guarantee you that come election time whoever is running is going to hear about it,” Slaughter said.

Letson sent a bio to Slaughter via email in September asking to be considered for Luker’s seat.

“I am not sure what Mickey’s plan is for the future; I know that there has been a lot of talk regarding all that’s happened with him in the past year,” Letson wrote. “That doubt has led me to asking who would do better for the community; who would be a better representative of the party. I feel like I am that person.”

Letson also spoke to the board requesting Luker’s removal.

Ron Mau, the board’s other Republican representative is conflicted about tackling the issue.

“I would prefer not to have to do anything like that,” Mau said. “The process was outlined on the School of Government website. It’s a difficult process, and technically, I’m not sure Mickey has done anything that warrants removal.”

Mau said he will listen to the proposal put forth by the party at the commissioner’s meeting and along with the board decide whether to have County Attorney Heather Baker look into the amotion process.

Mau does not believe that occasionally calling in to meetings should be an issue.

“Being a commissioner is not a fulltime job; it doesn’t pay the bills,” Mau said. “There are other things that come up. It’s good that you can call in. I don’t have a problem with folks calling in occasionally.”

Mau has not spoken with Luker in the last couple of weeks. Board Chair Brian McMahan does not believe that attendance or the lack thereof should be enough to remove someone from office.

“There is no attendance requirement in North Carolina for elected officials, nothing anywhere that will say you have to attend a certain number of meetings or you’re thrown out of office,” McMahan said. “There might be extenuating circumstances that have resulted in him not being able to come.

“What if a commissioner got sick and had medical issues and couldn’t come? Does that mean that because they can’t physically be there that they should be thrown out of office?”

Unforeseen circumstances are one of the reasons commissioners voted to allow attendance via conference call, McMahan said.

Despite that, he does believe attendance is important.

“Whoever holds an elected position, it is imperative you be there as much as you can and participate at as high a level as you can,” McMahan said. “I hope we can get to the point where we have a full board that is fully engaged.”

McMahan has not formally heard Luker say that he no longer wishes to hold the office. Until he hears differently, McMahan will operate on the assumption that Luker intends to serve out the rest of his term which ends in 2020.

Frayda Bluestein, professor at UNC School of Government with a specialty in municipal government, has written on the topic.

In a 2013 blog posting, Bluestein admonished local governments to tread carefully when considering the process.

“The prospect of being able to remove an uncooperative, annoying, absentee, or even truly misbehaving member may seem appealing,” Bluestein wrote. “Judge Gale’s careful analysis provides a helpful reality check for those considering such a process. Although this trial court level decision is not binding beyond this case, it provides support for the notion that removal through amotion is an option, but also for the notion that it must be undertaken only in an extreme case, with sufficient evidence to support an impartial decision.”