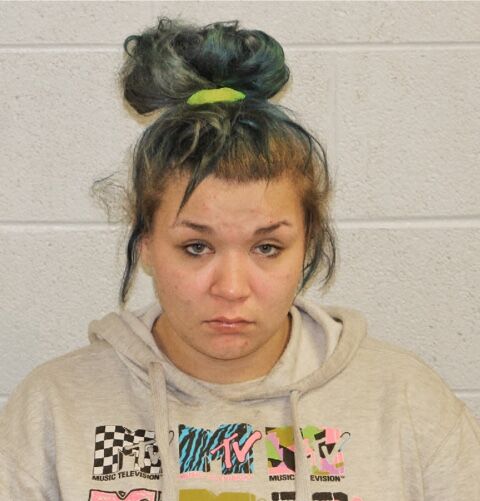 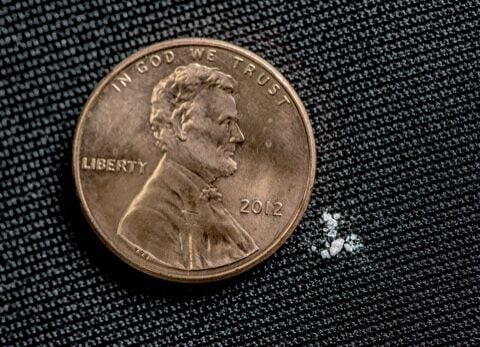 A United States Drug Enforcement Agency illustration of a lethal dose of fentanyl. Two milligrams can cause an overdose in most people.

A United States Drug Enforcement Agency illustration of a lethal dose of fentanyl. Two milligrams can cause an overdose in most people.

A traffic stop and outstanding warrants for failing to attend court dates led to drug charges for a local woman.

On March 30, an officer with Sylva Police Department pulled over a vehicle traveling along East Main Street on the suspicion that the vehicle’s owner was driving with a suspended license. The driver, Jon Legere, 44, of Sylva was issued a citation for driving on a suspended license, Chief Chris Hatton said.

During the stop it became apparent that the passenger, Buchanan, was wanted for failure to appear and other outstanding warrants.

As part of the arrest, Buchanan was searched for contraband.

“During the arrest Buchanan was found to be in possession of approximately 18.24 grams of fentanyl,” Hatton said. “She told officers she had an amount of controlled substance under her clothing. A glass tube containing 18.24 grams of white powder was seized and is now evidence in this case.”

That amounts to just over half an ounce of fentanyl; a large amount given its potency and street value, he said.

Fentanyl is a synthetic opioid that has become more of a problem for drug users and law enforcement in recent years.

It is far more potent – between 50 and 100 times more potent than morphine – than commonly misused opioids such as Percocet or oxycodone, according to federal authorities.

Several years ago dealers began to cut, or mix, their products with fentanyl. It is cheaper and more easily attainable than opioid pills since lawmakers have tightened restrictions on opioid prescriptions in recent years.

Users have no way of knowing the drugs they buy have been cut with fentanyl and presented as heroin or pills. They take their usual dose and can/may wind up overdosing.

A person can overdose on as little as two milligrams of fentanyl. By comparison oxycodone is typically prescribed in dosages from 5 to 15 milligrams depending upon the severity of the pain. It can take as much as 40 milligrams of oxycodone to overdose.

The investigation into the stop is ongoing, and Hatton does not know at this time if the driver is connected to the drugs or will face further charges.

Trafficking or distribution of opium/heroin is a class C-F felony carrying a mandatory minimum sentence from 70 months to 225 months and varying fines depending upon the amount of drugs the person is found to have. A person convicted of distributing anywhere between 14 to 28 grams could face from 90 to 117 months and a $100,000 fine.

Buchanan is being held in the Jackson County Detention Center under a $103,500 bond for current and previous charges.