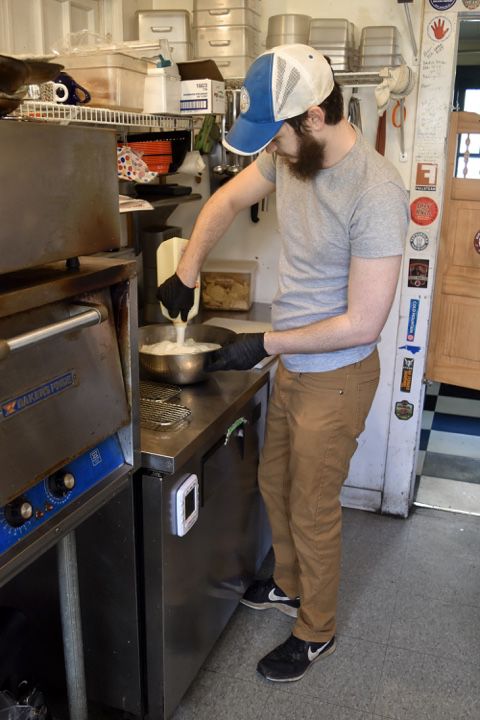 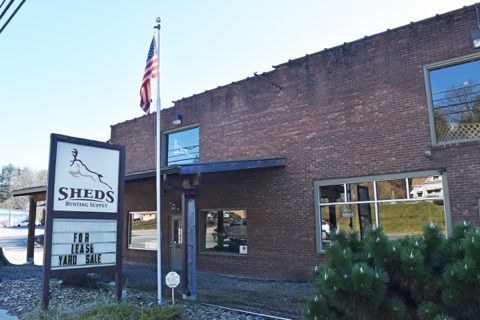 Renovations reveal an underground space for wine, acupuncture comes to town, a long-time eatery closes and the old Mill & Main location finally gets a tenant as Sylva’s business scene evolves.

Six floods in the last 12 months are just part of the reason WRGC AM 540 is in the process of moving from its Skyland Drive location to a new studio on Citrus Drive, just off N.C. 107.

“I hope I got high enough up the hill that I don’t have to worry about any more floods,” said Roy Burnette, the radio station manager.

The station will be housed in a smaller space, but will make better use of it, Burnette said.

“Most everything we are putting into the building is going to be brand new, state of the art type of stuff,” he said. “We will be able to perform at a superior level for the rest of my involvement with the radio station.”

Listeners won’t notice a difference except the fiber optic system will improve reliability, he said.

The 1846 Skyland Drive building WRGC is vacating is up for sale.

“Eventually my dad and I will combine the agencies, but for the time being keeping the businesses separate is better for customers for understanding that they still have Sylva Insurance,” Zeb said.

No changes are expected until the summer, he said.

Off-street and handicap accessible parking played a role, he said.

“It’s also a little bit closer to the former Sylva Insurance location where the Wine Cellar is now,” he said. “It’s really neat that a business this old would be run by the Allmans, a family that goes back to the first census in Jackson County. We’re keeping things local and rooted.”

Sylva Insurance was founded in 1925 by J.H. Morris, who served Jackson County as justice of the peace for more than 50 years. It is the oldest continuously open business in Sylva, one year older than the Herald.

Speaking of The Wine Cellar, renovations have it closed currently and have revealed the original brick walls and beams in the ceiling. Owners Ann and Craig Smith bought the former Papou’s Wine Shop last summer.

“We want to build upon the vibe that Sylva has going on right now,” Craig Smith said. “We’re going to have more live music, unique dining and wine-tasting experiences. We won’t have a kitchen, but we might offer charcuterie boards.”

Mary Furr will continue in her role as sommelier and manager.

“The biggest thing is to bring more people into Sylva and help support the economy of Main and Mill streets,” Smith said.

A renovation of a 2,000 square foot subterranean cellar begins after the upstairs renovations are complete.

“We’re going to turn that into a private cellar and tasting room,” Smith said. “People can buy their wines and store them in the locker in the perfect temperature down below and then we’ll have special wine events or wine and food events.”

Smith hopes to partner with his new next-door neighbors.

On the other side of his east wall, a new Italian restaurant will open in the triangular property where Mill and Main meet – or split, depending on which way you’re going. The site has housed restaurants, including Mill and Main and Meatballs, in the past.

Crystal Pace and her husband, Santiago Guzzetti, are moving down from New York City to open Ilda, named after Guzzetti’s Sicilian grandmother who taught him to cook.

Guzzetti takes the apron as chef while Pace will serve as sommelier.

Fresh, handmade pasta and local ingredients will be the highlight of the 35-40 seat restaurant. Plans call for a deck in front of the building.

Karen Martar, who ran Meatball’s from 1983-2000, was Pace’s stepmother and a dish slated for the menu is Karen’s Meatballs, in her honor.

“We have quite a bit of restoration to do, but we hope to be open by the end of May,” Pace said. “We’re very excited to be part of the community. We’ve met wonderful people and have a lot of support.”

Haley Milner and Tori Walters, co-owners since 2010, have heavy hearts, they said.

“We’ve kind of outgrown the space for Haley to grow and be creative in a kitchen this small,” Walters said. “And business has not afforded us the ability to be profitable. We have our regulars who come in, but it’s not enough to keep our head above water.”

“I can’t tell you the number of bands that have cut their teeth in the Soul Infusion yard,” Walters said.

Good news for folks craving a vegan bruschetta or a wasabi roast beef sandwich is that Mary Beth Gruzbick has purchased the intellectual property of Soul Infusion and plans to open a restaurant in Dillsboro, perhaps in June.

“She’s going to offer Soul Infusion food, but she will have a full service restaurant,” Walters said.

Sylva Yoga has a new-ish owner in Stephanie Rayburn, who bought the business in May and expanded the services offered.

Yoga classes have grown from four to 10 a week.

A small tea-room offers a place to sip hot tea and relax, she said.

The building has a West Main Street address, but the entrance is on Mill Street beside The Cut Cocktail Lounge.