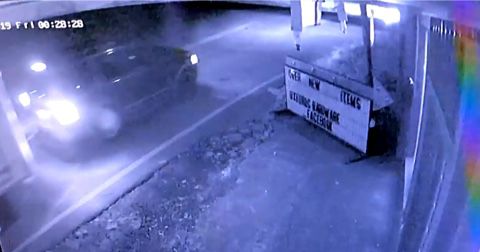 Jackson County Sheriff’s Office is looking for any information that might lead to the arrest of the person or persons in this vehicle. The SUV was seen taking the missions utility trailer from the Whittier Church of God. 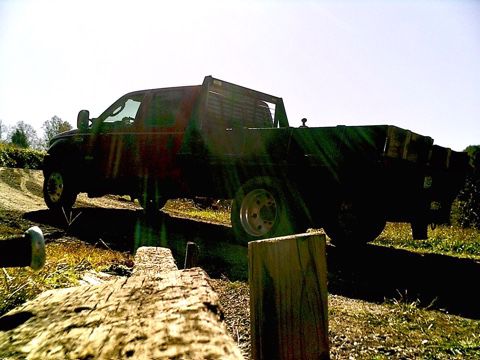 Suspicious truck: Sheriff’s detectives are looking for information on this truck and the person(s) in connection with thefts in the Whittier area.

Jackson County Sheriff’s Office is looking for any information that might lead to the arrest of the person or persons in this vehicle. The SUV was seen taking the missions utility trailer from the Whittier Church of God.

Suspicious truck: Sheriff’s detectives are looking for information on this truck and the person(s) in connection with thefts in the Whittier area.

The pastor of an area church is upset, not only that the church was the victim of a crime, but that the crime has affected its ability to help others.

“(We) are saddened and concerned for those who are so lost that they would steal from our church,” said Pastor Shane Silvers.

At 1:28 a.m. on Oct. 25, someone entered the parking lot of Whittier Church of God, at 118 Church St., and stole a white-16-foot, dual-axle utility trailer. The thieves hooked the trailer up to a dark colored Ford Explorer and drove away.

“We used it for mission trips like with hurricanes in Florida or the gulf coast; we have contractors that would go down and help people build things back,” Silvers said. “We’d take food distributions to West Virginia at Christmastime or store stuff to raise money for missions. We had just had a yard sale, so it was empty, thankfully.”

The thieves were able to avoid security cameras except when they entered the property and drove away. Footage obtained from the cameras showed the SUV had a number of small stickers on the passenger’s side of the vehicle and one larger sticker on the driver’s side. The vehicle is also missing a hubcap on the passenger side front tire.

Since the incident, local residents have reported to the pastor that a vehicle matching that description was seen in the area in the early morning hours stopping at different places and sitting for about 30 seconds at each before driving away.

The trailer was secure, but was sitting in an open parking lot allowing the thieves easy access. The report, the open area and an incident when Silvers found the hitch cover lying in the parking lot leave him to wonder if the person or persons had been in the parking lot looking at the hitch in an attempt to determine what kind of vehicle they would need to steal it.

“I didn’t think anything of it,” he said. “I just put the cover back.”

The property has video cameras and an alarm system because the church has been victimized twice before.

However, the church does not want to barricade its property to the public because they want to be inviting to the community.

“We’re the only playground in Whittier, the only basketball court,” Silvers said. “People picnic here on a regular basis and walk laps around the parking lot.”

The impact on the church goes deeper than the financial impact of the $2,500 to $3,500 value of the trailer.

“Think about how much offering it would take above the regular offering to replace it,” Silvers said. “And it hinders our ability to be able to help others. These people did not just steal from Whittier Church of God; they stole from all the people that trailer helped. There will be people that go without because we don’t have the capacity to take large loads of relief to the places where it could be utilized.”

The sheriff’s office has not drawn a connection between the cases yet.

“It’s possible since we are still looking for any information, but at this point we are unsure if it’s related to the church trailer theft or not,” said Major Shannon Queen.