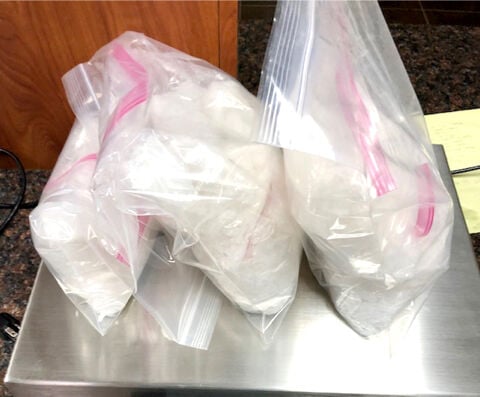 Authorities seized multiple pounds of drugs valued in excess of $50,000, and likely far more on the street, during a welfare check call in Jackson County. 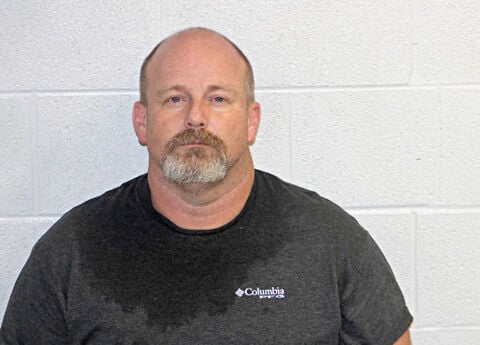 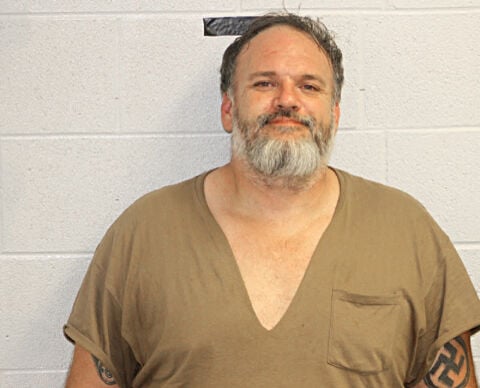 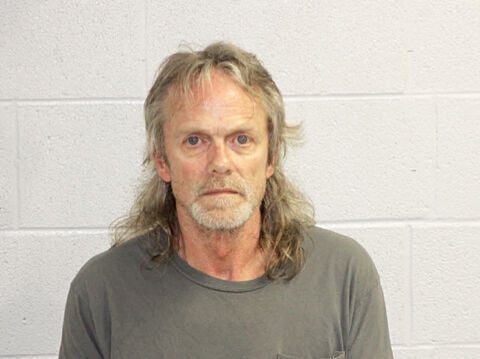 Authorities seized multiple pounds of drugs valued in excess of $50,000, and likely far more on the street, during a welfare check call in Jackson County.

Three men from outside Jackson County were arrested on felony charges early Monday after sheriff’s deputies found them with multiple pounds of drugs in a local motel.

The men, Brandon Lee Nalley, 46, of Hendersonville; Jon Kyle Jordan, 44, of Waynesville; and James John Welch, 56, of Canton, were arrested on July 19 for allegedly dealing drugs out of a roadside motel between Dillsboro and Franklin.

At 4 a.m. on July 19, Jackson County Sheriff’s Office received a call for assistance at the Stardust Motel on U.S. 441 South near the Macon County line.

“Upon arrival at the motel deputies observed an occupied truck in the parking lot nearby to the room which was believed to be the location for the individual they were attempting to locate for the health and welfare check,” Chief Deputy Matt Wike said. “When deputies spoke with the driver of the vehicle regarding the investigation into the health and welfare check, they smelled an odor of marijuana emanating from the vehicle.”

Nalley was the person in question. When deputies asked him to step out of the truck, he told them he was at the hotel to visit “Kyle.”

A search located marijuana-related products and meth on Nalley’s person. He allegedly had a “small silicone case with marijuana wax” in it and marijuana resin, according to magistrate’s orders.

Both are byproducts of marijuana plants. Marijuana wax is a highly concentrated extract of cannabis oil created by using solvents to leach the THC from plant leaves. It can contain as much as 80 percent more THC per dose than a dose of dried marijuana products.

Resin is the sticky tar-like substance found on marijuana plants and is also left behind after pot has been smoked or stored.

Nalley also had a glass smoking pipe, according to the magistrate’s orders.

While officers searched Nalley’s truck, two men later identified as Jordan and Welch came out of the room connected to the welfare check call. The two men allegedly consented to allow deputies to search the room to expedite the welfare check of the unidentified person.

“Once inside the room, deputies observed approximately five kilograms which was approximately 180 ounces/5,000 grams of suspected methamphetamine,” Wike said.

A search warrant was issued for the room and Jordan’s vehicle parked nearby. The search turned up another ½ kilogram of methamphetamine and over $20,000, Wike said.

Jordan and Welch both allegedly kept the motel room in order to sell the meth, according to magistrate’s orders for both men.

No further charges are expected from Jackson County.

“The case will be considered for adoption by the DEA Task Force due to the quantity of drugs and currency,” Wike said.

Jordan is being held in Jackson County Detention Center under a $500,000 secured bond. Jordan has a criminal record dating to 2013 for allegedly selling schedule II controlled substances in Haywood County. He twice received probation and suspended sentence before being sentenced to between one to two years in prison.

Welch is being held in Jackson County Detention Center under a $500,000 secured bond. He served three years for allegedly conspiring to commit robbery. Welch received probation and suspended sentences for common law robbery, worthless checks, forgery and uttering a forged instrument between 1982 and 1992, all in Haywood County.

Nalley is being held in Jackson County Detention Center under a $250,000 secured bond. A search of North Carolina criminal records did not return results for Nalley.

“One has the potential to make more money if they sell the drugs in smaller quantities such as ounces and grams,” DEA Special Agent and Public Information Officer Chuvalo Truesdell said.

A kilo consists of 1,000 grams. Locally, a gram of meth sells for between $80-$100, according to law enforcement sources.