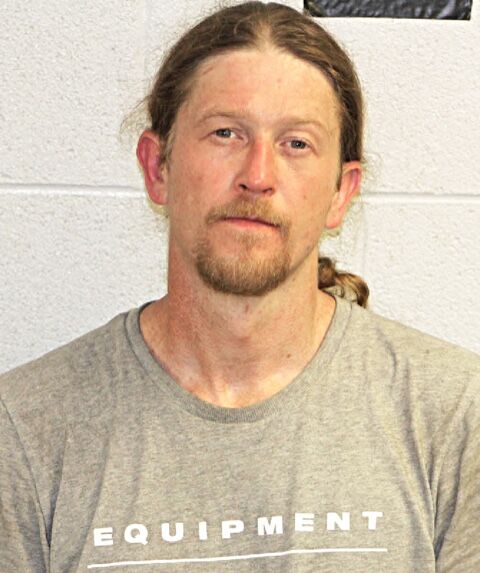 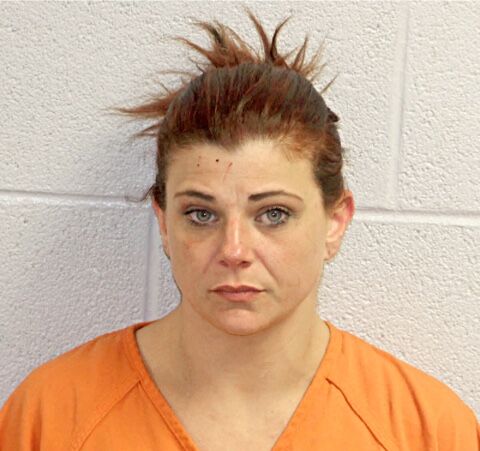 A Franklin man and a Cashiers woman are in jail after the man ducked into a local grocery store, but it wasn’t to pick up bread and milk before impending winter weather.

The pair were arrested on Jan. 5 for allegedly trying to flee a traffic stop and avoid other charges.

David Charles Roberts, 41, of Franklin was arrested for driving while license revoked, one count each of felony possession with intent to manufacture, sell or deliver heroin, misdemeanor possession of drug paraphernalia, felony assault with a deadly weapon on a government official, misdemeanor resisting a public officer and misdemeanor larceny out of Haywood County.

Amanda Lee Mezyk, 33, of Cashiers was arrested for one count each of felony possession with intent to manufacture, sell or deliver heroin, misdemeanor possession of drug paraphernalia, misdemeanor assault on a government official, misdemeanor resisting a public officer, felony failure to appear on a felony, two counts of first-degree trespass out of Macon County and misdemeanor larceny out of Haywood County.

On the morning of Jan. 5, Sylva Police Department Officer Gabe Ashe pulled over a 1999 Dodge Dakota for unsafe driving and a registration violation on Asheville Highway.

The driver appeared to be cooperative and pulled into the Food Lion parking lot. That’s where things allegedly went sideways, potentially placing Ashe and the store’s employees and customers in jeopardy.

“The driver began attempting to flee the area of this traffic stop in the vehicle,” SPD Chief Chris Hatton said. “During this attempted escape, the vehicle backed into and struck Officer Gabe Ashe’s marked patrol Dodge Charger.”

After the crash, Roberts and Mezyk, who was a passenger in the car, allegedly tried to flee on foot.

Ashe caught up to Mezyk “almost immediately” and detained her, but she didn’t submit willingly. Mezyk assaulted Ashe “by scratching, pushing and shoving” him as he tried to take her into custody, according to court documents.

Roberts’ bid for freedom lasted a bit longer. He allegedly fled through Food Lion and exited the back of the store. From there he ran into the woods behind the building and hid.

He was located and arrested shortly thereafter by Hatton and Assistant Chief John Thomas.

No one inside the store was hurt or threatened, Hatton said.

Roberts’ vehicle received a minor amount of damage, but the SPD patrol car was unharmed due to the push bar attached to the bumper.

Jackson County Sheriff’s Office responded and assisted in securing the scene and searching for Roberts.

“They are always willing to help out anytime we need it,” Hatton said. “We always appreciate their assistance and partnership.”

Roberts is being held in the Jackson County Detention Center under a $31,000 secured bond.

Mezyk is being held in the Detention Center under a $38,500 secured bond.