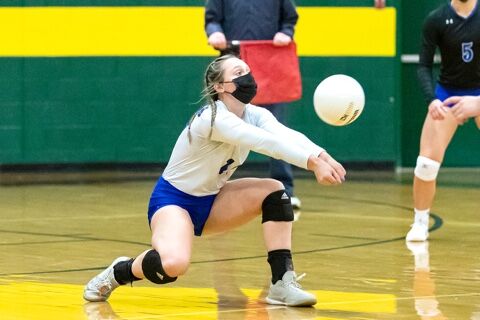 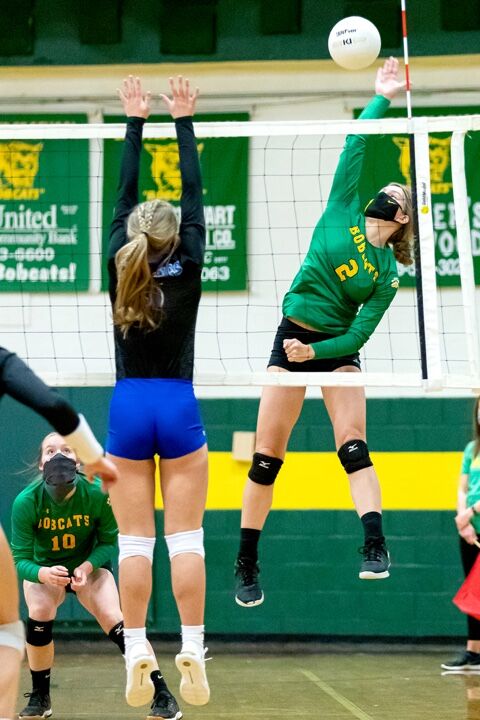 “I talked to the girls beforehand and told them that Blue Ridge had a very athletic team and we needed to go out and be competitive from beginning to end,” said Melissa Hill, who served as acting coach with Megan Dezarn out due to an illness. “We had several errors on serve receive and defense that did not allow us to run our pace of game. When we are able to set our hitters, we’ve got to make certain we keep the ball in play. We had several blocks at the net.”

The Lady Bobcats took a 5-4 edge in the first set as Madeline Potts served there points, including an ace, and Charlotte Sherrill had a kill. Sherrill’s six points extended the margin to 12-5, and the lead was 16-6 after three points from Chloe Fowler. Blue Ridge clinched the set on a side out.

Macy Wike’s three points and kills from Ella Gamble and Alexa Anderson put the Lady Mustangs on top 10-6 in the second set. The Lady Bobcats fought back to lead 15-13 after Gracie Watson served three points and Mahalah Stewart had a kill. Once again the set ended on a side out.

SM led the fourth set 5-2 as Gamble served four points, including two aces. Stewart responded with five service points putting her team up 8-5. The Lady Bobcats had a narrow lead most of the way from there, and the match ended on a side out.