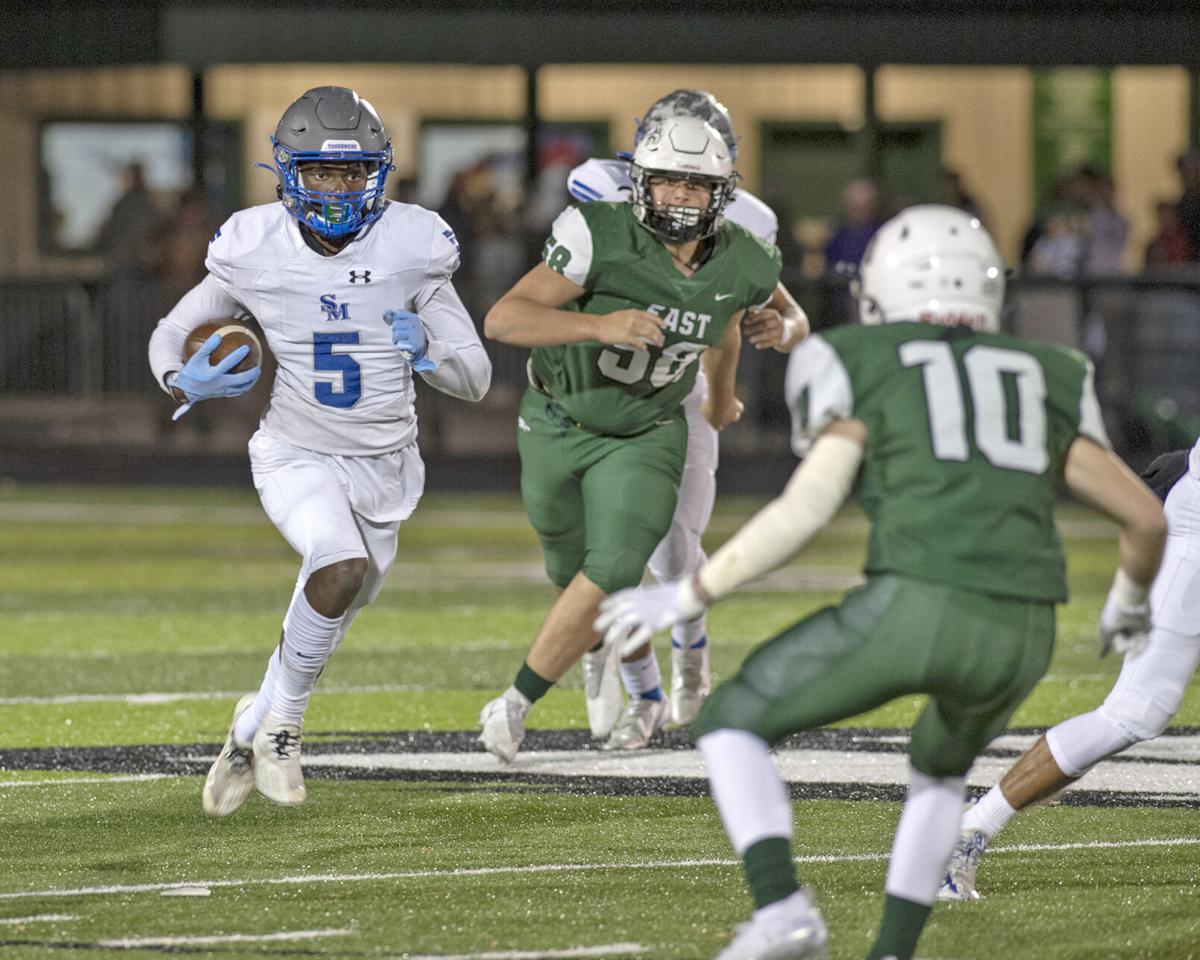 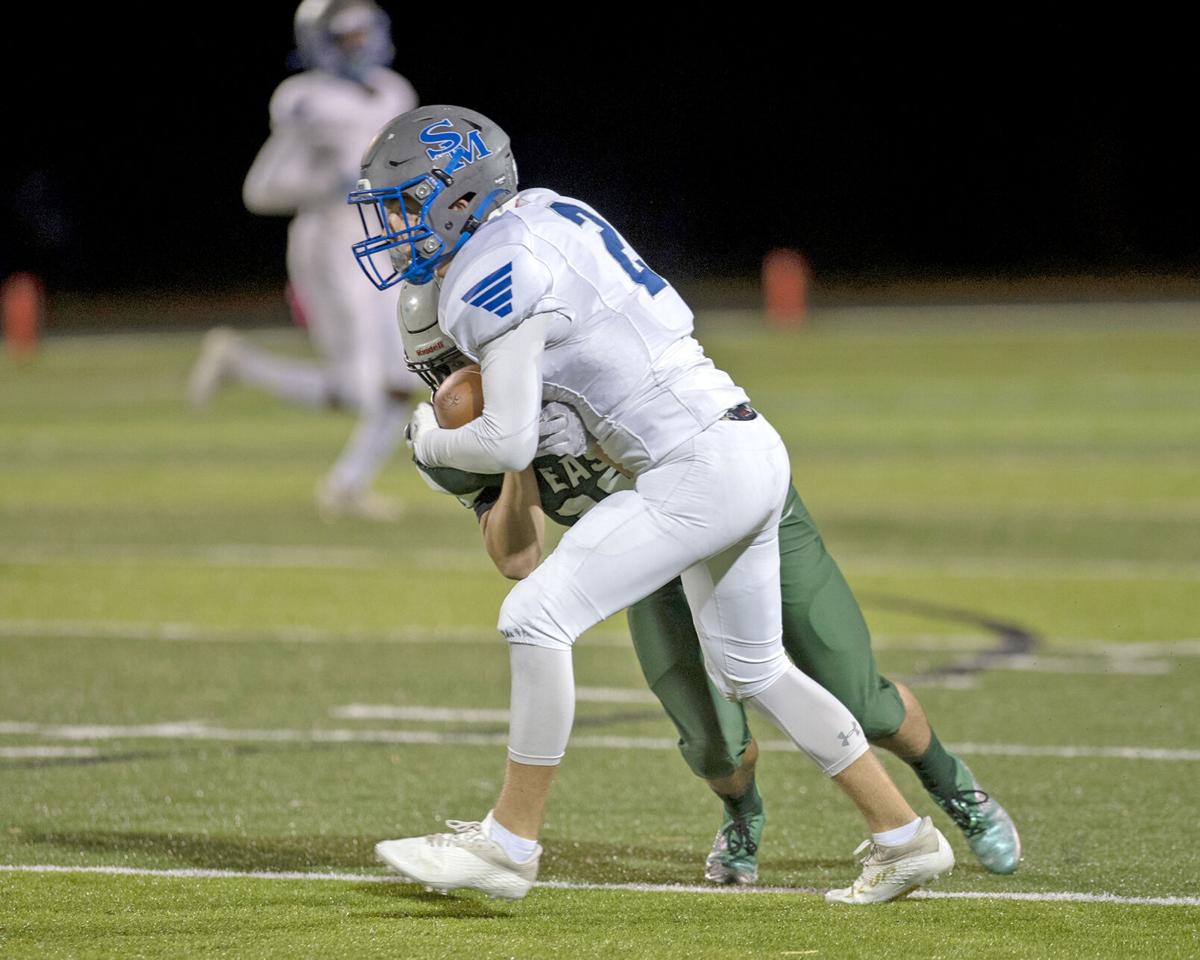 Isaiah McNeely carried 23 times for 181 yards and scored three touchdowns. He now has 1,758 yards on the season, breaking the mark of 1,682 set by Chace Morgan in 2013. McNeely’s 26 rushing TDs are also a season record.

Marcus McCarson carried 18 times for 84 yards for the Eagles.

SM moved 56 yards in six plays following the opening kickoff. McNeely had a 12-yard run, and West completed a 26-yard pass to Bird on fourth-and-3. West hit Williams on a 12-yard scoring pass with 7:26 remaining in the first quarter. The first of Zeke Sink’s five extra points made it 7-0.

A 10-yard pass from West to Bird and McNeely’s 12-yard run started a 59-yard drive in eight plays following a punt. McNeely also had another 12-yard run before scoring from 7 yards out for a 14-0 advantage with 1:10 left in the first period.

East put together a solid drive that ended on downs at the Mustang 25 after four straight incompletions.

SM marched to the 15 but came up a yard short of a first down on fourth-and 6.

The Eagles drove to the 28 behind the passing of reserve quarterback Lex Burns before yielding possession on downs just before halftime.

Max Buchanan intercepted Justice’s pass on the first possession of the second half giving the Mustangs the ball at the East 40. McNeely carried on three straight plays with runs of 12, 18 and 10 yards for a 21-0 lead with 9:35 to go in the third quarter.

The Eagles threatened and had a first-and-goal at the 3 before being pushed back. They were stopped on downs at the 9.

A penalty moved the ball to the 5, and Williams erupted for a 95-yard TD run up the middle, using his speed to put distance behind himself and defenders. The explosive play upped the margin to 28-0 with 2:26 to play in the third period.

Neither team threatened the rest of the way.