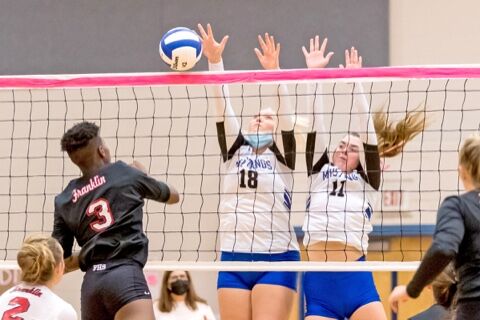 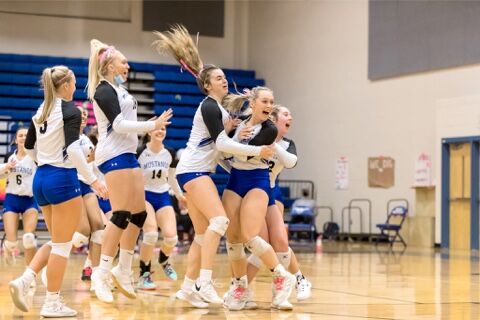 “It was a great win,” Coach Melissa Hill said. “The girls came out with enthusiasm and energy in taking the first set. I’m most proud of the girls and how they recovered from the second set. Mentally, we got over things quicker in this game than we have all year. The maturity and the level of play is coming together here at the end as you want a team to come together. Our blocks on the front row kept us in the game, and our back row played really great defense getting the tips up.”

Franklin used a 4-0 run for a 6-6 tie in the first set. The Lady Mustangs went in front 14-9 as Rice served six points, including two aces, while Greenlee Flynn had a kill and a block and Kennedy Stewman had a kill. Stewman reeled off the final nine points of the set, including three aces. Wike put down two kills in the spurt, and Flynn had one.

The Lady Panthers took a 5-0 lead in the second set and never looked back.

The third set was competitive throughout. Stewman served three points, including an ace, and Flynn had a kill putting SM up 13-8. Franklin scored five straight points for a 21-19 edge. Flynn served the last two points, with the set ending on Wike’s kill.

Rice’s three points and Flynn’s kill gave the Lady Mustangs an 8-6 lead in the fourth set. The margin stayed within a couple of points the rest of the way until Stewman served the two clinching points. Flynn had a kill, and the match ended on a side out as a Franklin hit went long.

“We have long spurts of doing good things and then a few where we get stuck in a rut with serve receive,” Coach Gabby Nelson said. “That’s something we’ve really been working on, and we’ll continue to work on that.”