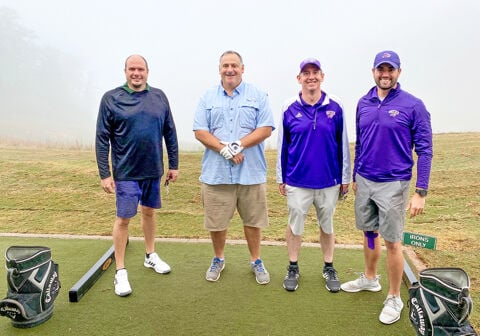 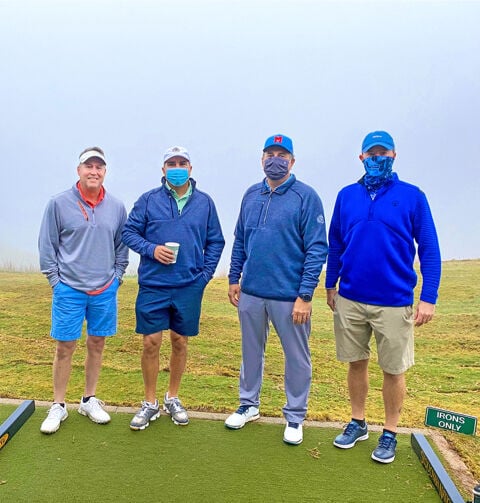 The tourney had a reduced field of 24 four-person teams.

Postponed from the original date in April due to the pandemic, this year’s event had COVID-safe measures in place, including providing free face masks and complimentary hand sanitizer for every player, the encouragement of wearing face coverings, social distancing and sanitizing hands often. Teams arrived and teed off in 10-minute increments, rather than an all-together scramble format, to reduce the number of golfers gathered in one place at a time. There was no post-tournament dinner, and prizes were drawn privately ahead of time to help reduce crowds.

Winners of the Yona Flight (first flight) with a score of 53 were Brooks Robinson, Matt Pegg, Lumpy Lambert and Greg Gibson. Placing second a stroke back was the team of Curtis Phillips, Derek Ledford, Josh Crisp and Mack McDowell. Coming in third at 55 were Birdie Saunooke, Jay Eagleman, Kevin Walls and Pepper Taylor.

Winning the A-Wi Flight (second flight) with a score of 63 were Chad Gerrety, Charlie Schmidt, Jim Rodgers and T.J. Eaves. The quartet of Ben Pendry, Bruce Barker, Jacob Deal and Matthew Brown was second at 64. Placing third by winning a tie-breaker with a score of 66 were Bill Sanford, Rich Price, Rick Bennett and Roger Bartlett.

The tourney is a fundraiser for the Jackson County Chamber of Commerce. Proceeds help support Chamber operations, scholarships at Southwestern Community College and Western Carolina University, events like Concerts on the Creek, July 4 Fireworks, the Hook, Line and Drinker Festival, and more.

“The Chamber appreciates all the hard work put in by the chamber staff, volunteers, corporate sponsors and partners, food and drink providers, and prize donors that make this event so special year after year,” Director Julie Donaldson said. “A special thank you goes out to the staff at Sequoyah National Golf Club and the Jackson County Parks and Recreation Department.”