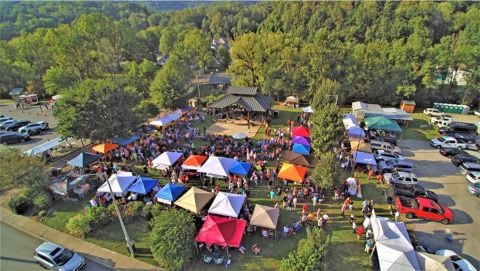 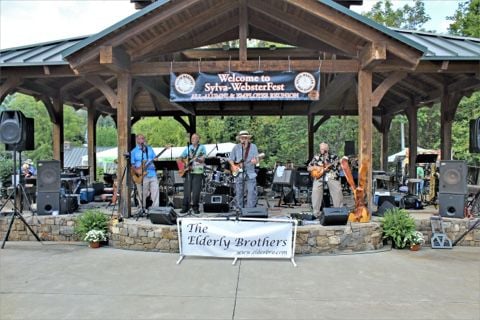 Let’s face it: We’ve gotten a little too accustomed to disappointment in this world.

It’s sort of hard to think of an institution that hasn’t had some sort of gut-churning scandal in the last decade or two. It’s all too easy to come up with a list of people who once stood atop their chosen profession who have turned out to be far less than what they seemed. Bill Cosby, John Edwards, etc. etc. are on a list of those once looked up to who fell from grace faster than an Acapulco cliff diver.

It’s a harsh age. Political discussions can go from zero to ended friendships in the blink of an eye. The forces tugging us apart seem far stronger than those pulling us together.

But there are still unifying experiences out there.

Among them, the Sylva-Webster Fest event Sept. 21 in Bridge Park stands out.

There, members of the high school’s 28 graduating classes from 1961-1988 came together to meet old friends and make new ones.

Emotions often ran high as friends who in some cases hadn’t seen each other for a half-century caught up with the paths their lives had taken since they’d walked across the stage to receive their diplomas.

The event wasn’t restricted to classmates, being open to former teachers and staff. One hit of the event was the appearance of former English teacher Sally Mae Campbell, still very much herself at the age of 101.

Cathy Stillwell Gibson, who originated the idea, turned a concept into an event for the ages. Patricia Russell Dunford deserves a good degree of credit for setting the tone for the day, declaring in the runup that “The best way to honor the dedication of our community to make this event possible is to make every effort to get along. Use of this forum to further any religious, racial or political agenda will not be tolerated, and those who choose to divide us rather than unite us will be asked to leave.”

Attendees took that sentiment and ran with it. The result was a day that meant a lot to a lot of people, a communal bonding of the first order.

Praise for the event flowed like a river on social media, but a comment by Curt Salisbury stood out: “All of you alum, take a minute to think who you are. You are the echoes in those beautiful mountains of cheers for sports teams, the sound of music from the bands. You are the builders of a community now nationally recognized as a destination. You are the farmers that feed us, the business people that provide services for us, the teachers that have educated us. The military that has protected us. In each of us lies a memory of another. That is community. That is Sylva-Webster. You are everything right in a world too often wrong.”

“When we began this journey we never knew there would be a sea of orange and black,” said Dunford, “and if the turnout for Sylva-Webster Fest is any indication, it was a success beyond our wildest imaginings. Our estimate is well over a thousand and probably closer to 2,000. We have been blown away with the overwhelming support of this entire community as well as the alumni and former employees of Sylva-Webster High School.

“It truly has been a team effort and would never have been possible without the labor of so many. Everywhere we go we are reminded of what it means to live in this little town with a big heart, and we would like to mention those who contributed or sponsored this event. In addition, each class organizer who got their classmates on board were the unsung heroes. A simple ‘thank you’ is not nearly enough, but with all sincerity, thank you!”

The sentiments of people like Salisbury, Dunford and Gibson have echoed around this community for weeks, and along with the outpouring of love for beloved friends and a beloved institution, there’s been a question: Is this going to be an annual event?

Given the reaction, we’re not sure anyone could prevent it.

As the saying goes, this thing’s got legs.