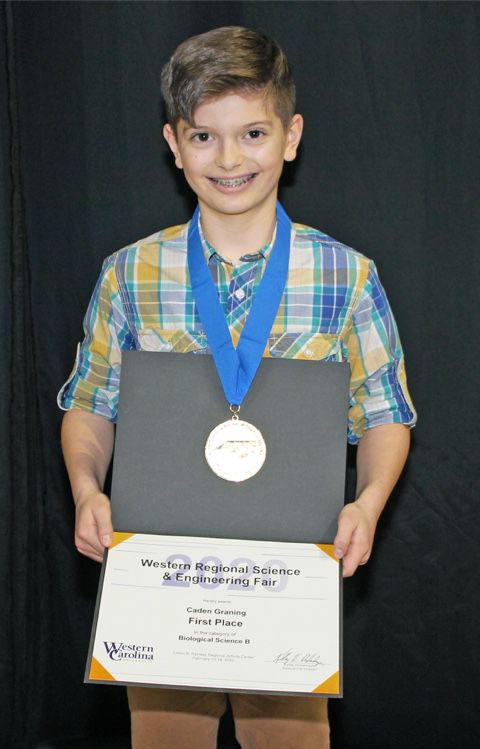 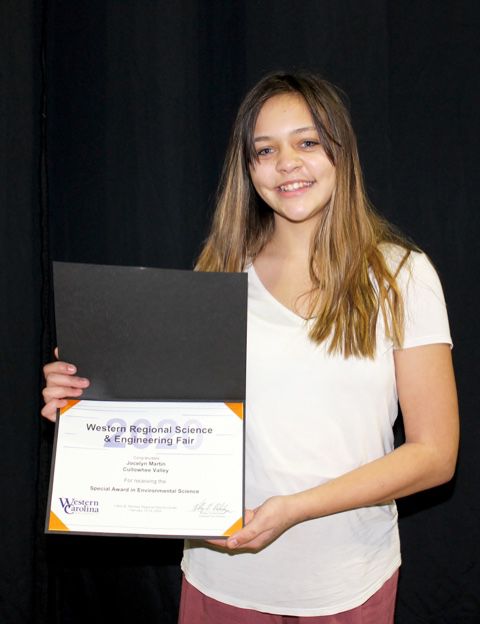 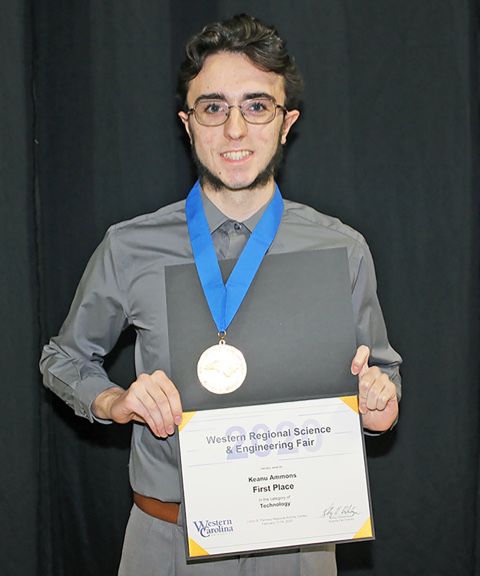 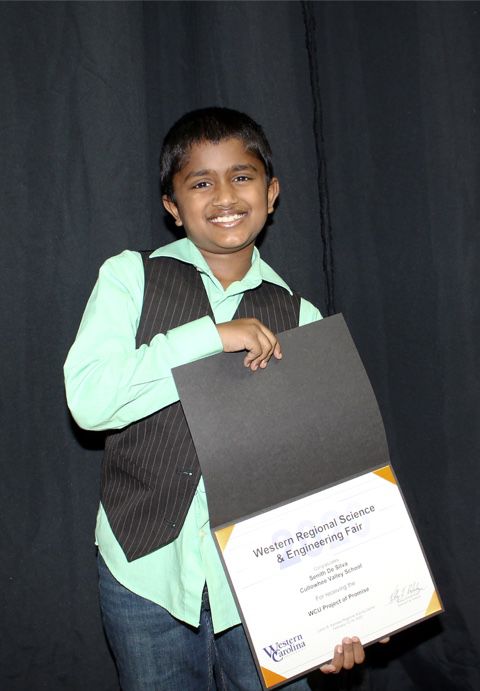 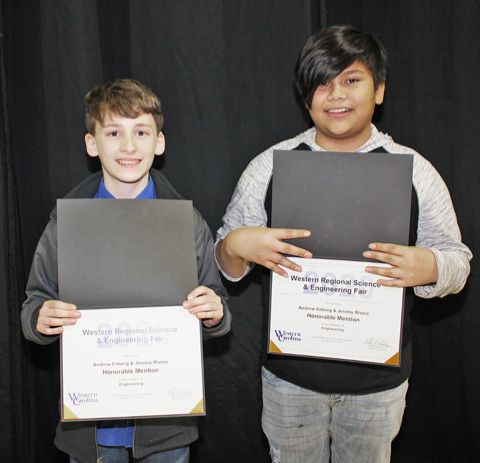 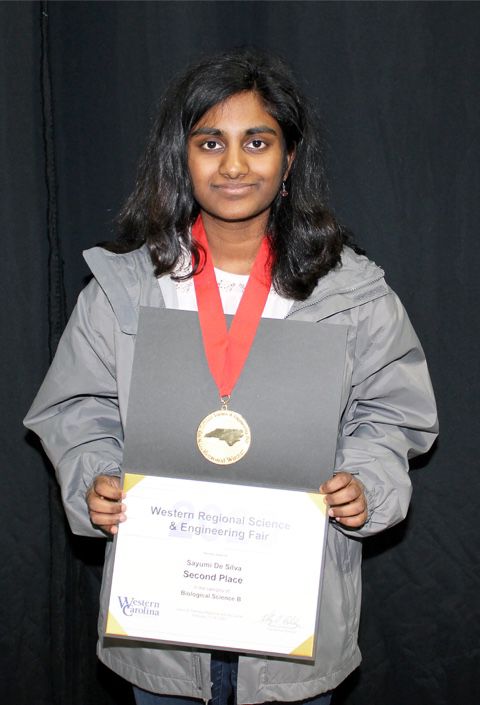 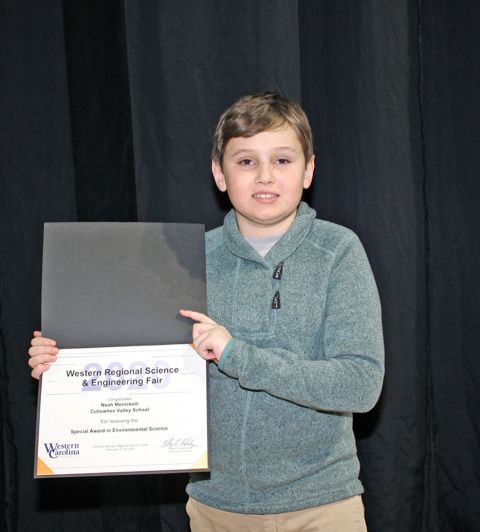 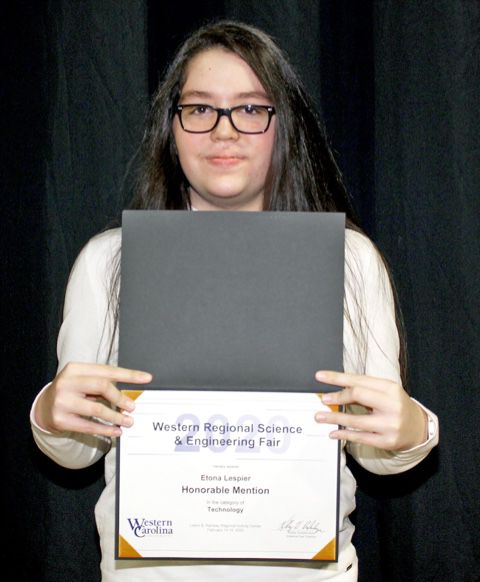 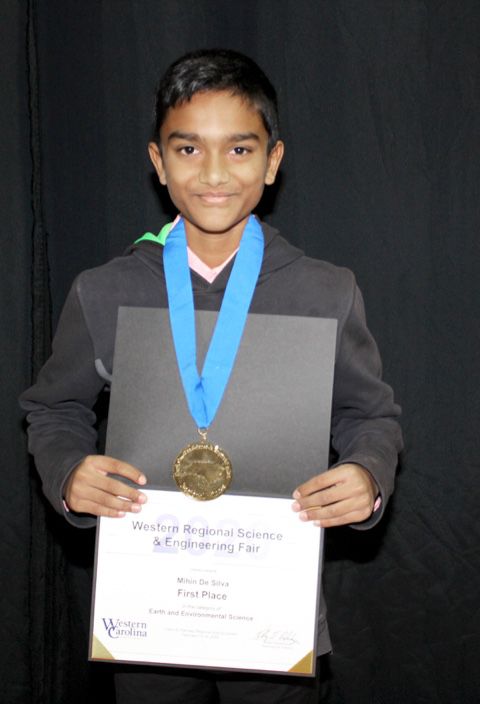 WCU has hosted the two-day fair for decades, and it is coordinated by WCU’s Division of Educational Outreach.

More than 120 projects were submitted for judging at this year’s fair. Out of those projects, 32 have been invited to participate in the state-level competition held later this month in Raleigh.

Participants got to see a “Biology of Local Animals” presentation by Balsam Mountain Trust. There were several exhibits from WCU and other community organizations, and WCU’s mascot PAWS was seen checking out science projects and posing for pictures with the young scientists.

Prizes from other organizations:

For more information about the Region 8 Western Regional Science and Engineering Fair, visit sciencefair.wcu.edu or contact WCU’s Division of Educational Outreach at 227-7397.