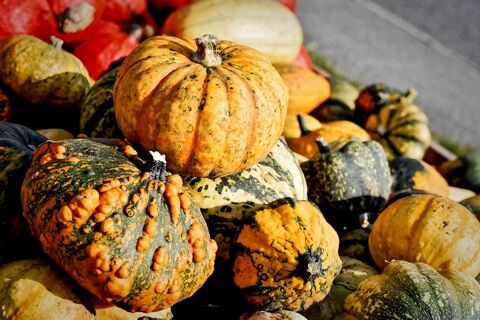 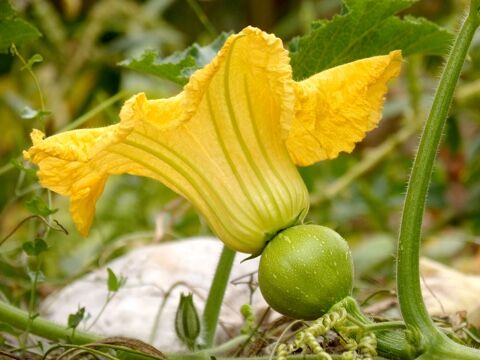 Genetic engineering is a hot topic in current scientific research.

Using methods like the bacterial-inspired CRISPR, multiple countries around the world are hard at work developing ways to detect and change the genes of the organisms around us to better suit our needs. Although these techniques are powerful and impressive, the fact is humans have been altering the genetics of other organisms for thousands of years.

The proof of this ancient human tradition lies not in the pudding, but in the pumpkin pie – some of the earliest examples of purposeful genetic engineering by humans are the various types of squash seen on dinner tables and doorsteps throughout the summer and fall.

The word squash is really a blanket term used to describe a wide variety of fruits created by plants in the gourd (cucurbit) family. These have a broad range of types, such as cucumbers, watermelons, pumpkins, acorn squash and even luffas. Many of these plants trace their origins to South and Central America, where they were first brought into human cultivation around 8,000 years ago.

Some of the more delicate fruits are usually defined as summer squash and are eaten soon after they begin growing while their skin and seeds are still supple.

Winter squash, on the other hand, are allowed to grow until their outer skins turn into tough protective coverings. While they take much longer to reach maturity, the thick outer skin of winter squash allows them to be stored for long periods before eating.

Both types of squash have been commonly consumed in America since long before the founding of the United States, however winter squash was especially important to early American colonists as a food source in the colder months.

Luckily for the struggling colonies, early American cultures had established cultivated squash as far north as Canada long before their arrival. As squash was brought north along with migrating groups of people, its preferred pollinator traveled with it. The absolute best (and in some cases only) pollinator of squash is the aptly named squash bee, who makes her nest at the base of squash plants in order to ensure she is always close to her favorite blooms.

The life of a squash bee is finely tuned to that of their beloved squash. Their emergence in spring is perfectly timed to coincide with the first squash blooms, and they tend to forage very early in the morning, which is also the most active time for squash blossoms.

The males of the species even prefer to use roomy squash flowers as a backdrop for courtship dances intended to attract the eyes of nearby females. While their frantic dances don’t always end in romance, they still help the flower by dislodging pollen and assisting in pollination.

Studies have shown that squash pollinated by squash bees are much larger than those pollinated by other means, due to the fact that they are so finely tuned to interact with each other.

Most squash bees are specialists who won’t move into an area until they find a healthy patch or two of cucurbits. If you have some gourds, pumpkins or other squash that you notice aren’t being pollinated well, leaving them in place for several seasons might be enough to bring some squash bees closer to your garden.

Bumble bees are also important squash pollinators, so leaving grass tufts and dense brush around where possible will provide habitat for them. Since squash bees nest at the base of plants, avoid heavily disturbing the soil in your cucurbit beds in order to give established nests a chance to survive until the next season.