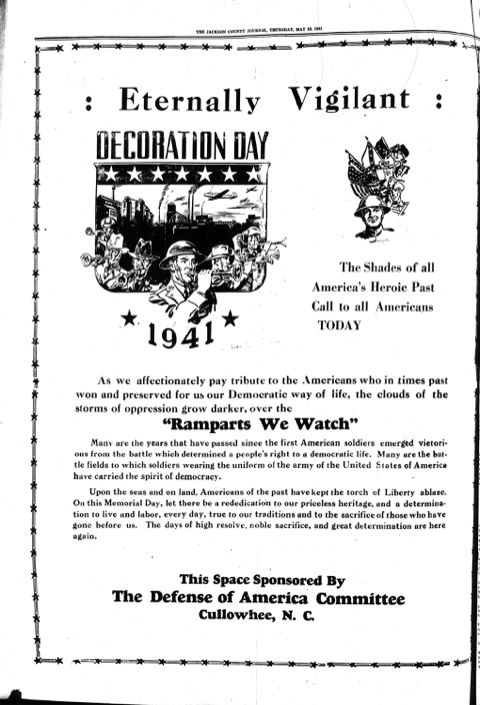 This 1941 ad from the Jackson County Journal honored Decoration/Memorial Day, and warned of gathering war clouds. 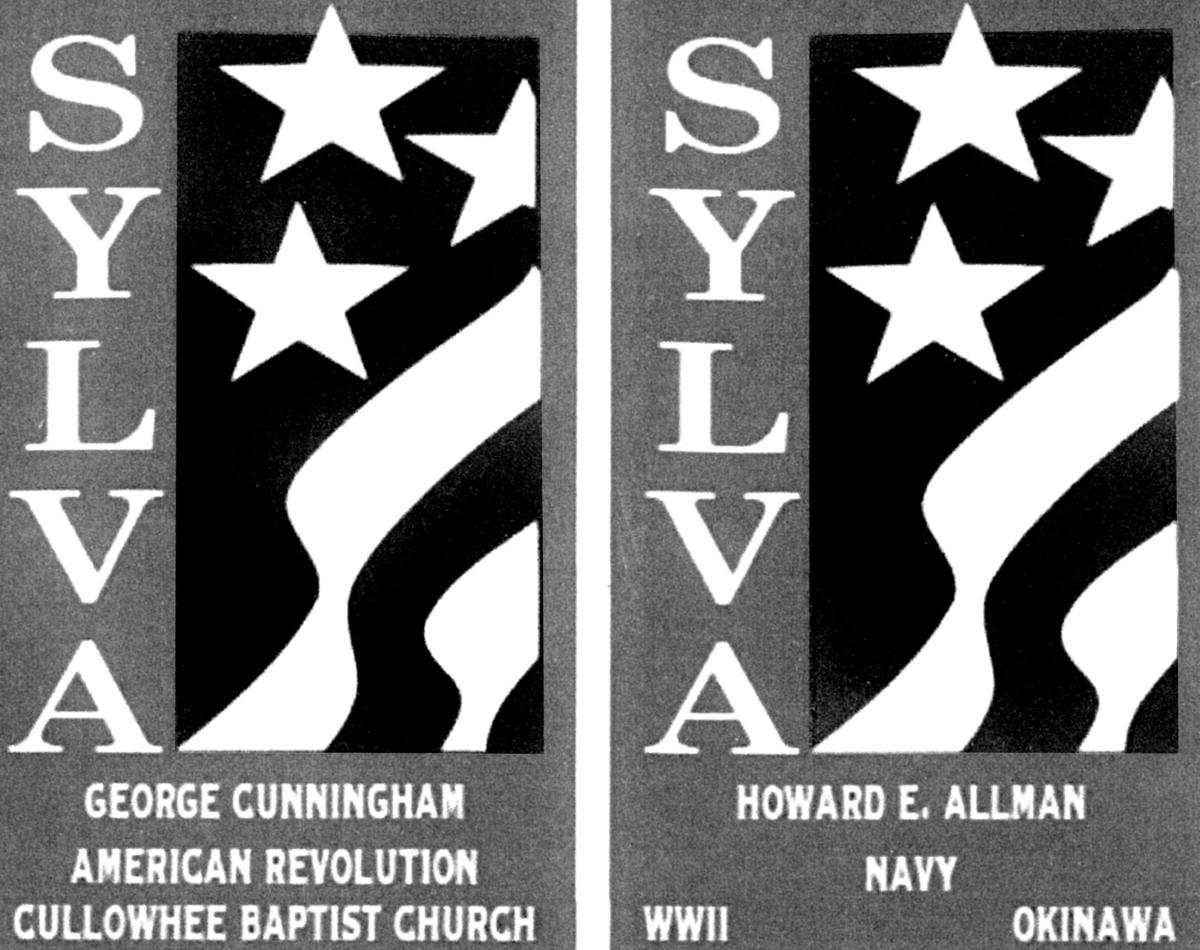 This 1941 ad from the Jackson County Journal honored Decoration/Memorial Day, and warned of gathering war clouds.

For a relatively new national holiday, Memorial Day certainly has a long history.

There’s a great deal of debate over when the first “official” Memorial Day observance was held.

Over the years more than two dozen sites laid claim to the title.

One was Columbus, Mississippi, where women gathered to decorate graves of the Confederate dead buried at Shiloh. (Flowers were reportedly also placed on graves of Union soldiers nearby).

A host of other sites, from Richmond, Virginia to Columbus, Georgia, to sites in Illinois and Pennsylvania also noted ceremonies held in 1866. Most of the claimants to the first Memorial Day ceremony were located in the South, where the bulk of the fighting and dying in the Civil War occurred.

The general observance of Memorial Day on May 30 was nailed down in 1868 when the Grand Army of the Republic, a Union veteran’s group, held an observance at Arlington Cemetery. May 30 was chosen as the date because flowers would be blooming across the country by that time, allowing placement on graves.

For years, the terms Memorial Day and Decoration Day were both used, the latter usually above the Mason-Dixon line. It wasn’t until after the end of World War I that the day honored war dead from any war aside from the Civil War.

As this year marks the 75th anniversary of the end of World War II, we thought we’d look back at the first Jackson County Journal Memorial Day editorial from that conflict, printed in May of 1942.

“The Yankees call it Decoration Day; but we prefer the Southern term, Memorial Day, for it carries with it far more significance than the mere decorating of graves that hold the dust of the heroes whose spirits have departed. As this Memorial Day of 1942 dawns, we find the country of the departed and the flag they loved in greater peril than it has ever been since the founding fathers brought forth a new nation upon this continent and unfurled Freedom’s banner to the breeze. We are undergoing a sore trial, and America musters her might to drive the evil forces from the earth and the seas. Every resource of our country, physical, material, moral and spiritual, must be mustered and thrown into the titanic conflict that is raging throughout the world. That is the reason why Memorial Day is of special significance this year. We can gather moral and spiritual strength by allowing the heroes of past crises to pass in review before our minds. Thus, we honor their memories and relight the mighty spiritual fires of freedom in our own souls. On this Memorial Day, let us reflect upon the fortitude, the patience, the bravery, the courage of the men and women of the ages that have gone before us, and from them gather strength for our own day of trial. Thus, shall we emerge from the fires of war a stronger race than when we entered it.”

The nation pulled together to defeat the Axis powers in WWII, but the fight over Memorial Day rolled on. It wasn’t until 1966 that President Lyndon Johnson resolved the debate over the first Memorial Day, declaring Waterloo, New York as the official birthplace for a ceremony held there in 1866.

With the nation grappling with the COVID-19 pandemic, Memorial Day will definitely have a different feel this year compared to gatherings in the past. But traditions will carry on, such as the red banner program in Sylva. The effort began with Sylva native Lambert Hooper looking for a way to honor local servicemen who died in World War II (later expanded to all war dead); he dove into research and found information regarding local servicemen who died in the war, including their branch of service and in most cases the location where they died. The red banner program will now line Main Street for the fourth year.

As to Memorial Day itself, it wasn’t until 1971 that Congress conferred it as an official national holiday, moving it to the last Monday in May. By then it had been observed in many places and many ways across the nation for well over 100 years.