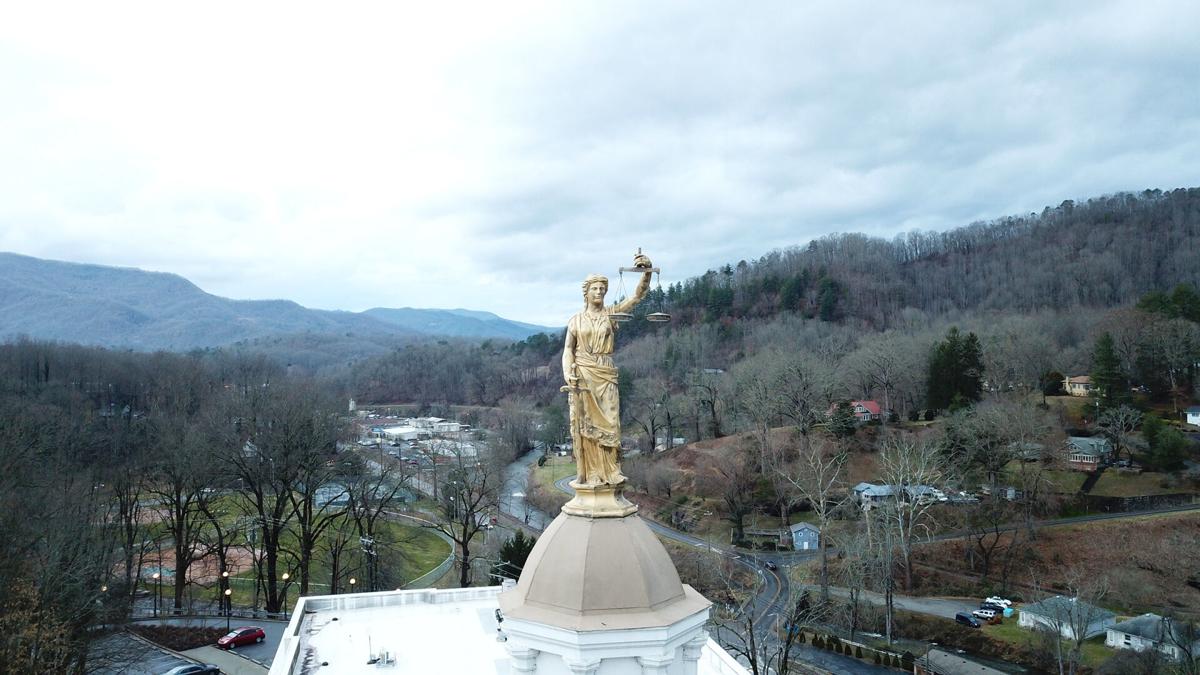 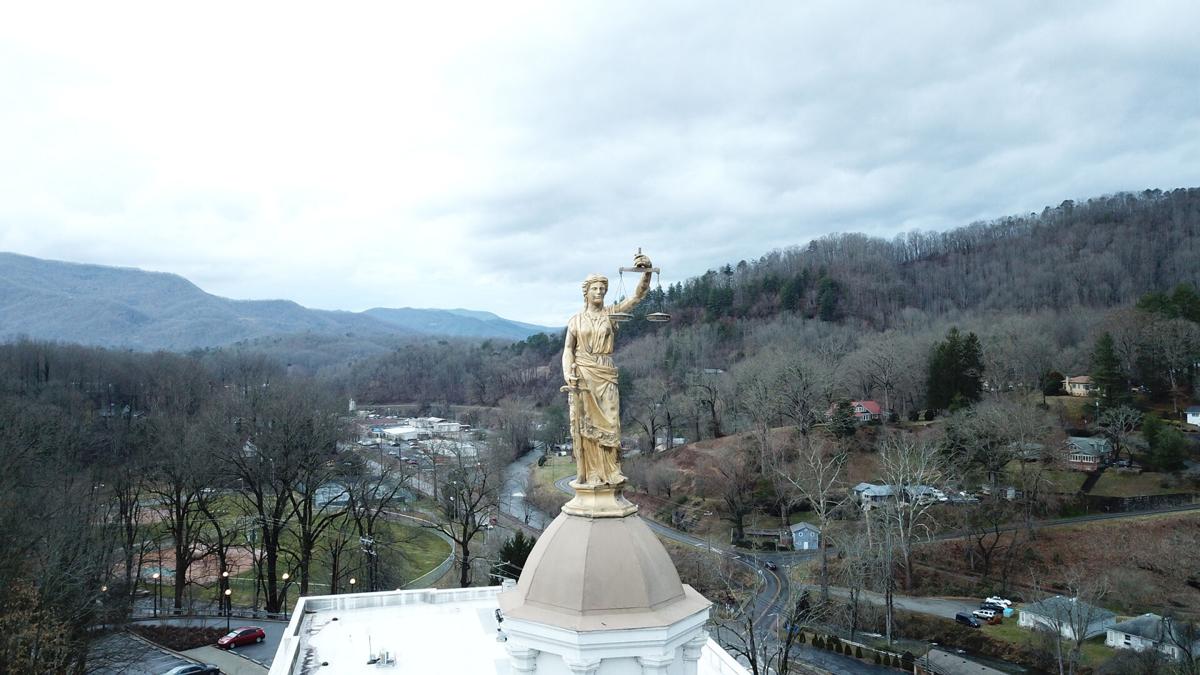 Lost in all the discussion surrounding the Confederate statue on the steps of the old courthouse in Sylva is the fact that he isn’t alone.

Raise your eyes and you’ll notice there’s another statue, atop the courthouse cupola. She’s called Blind Justice, or Lady Justice.

Statues depicting Lady Justice can be found all over the globe. The concept of Lady Justice goes back to Greek and Roman times, with the goddesses Themis, Dike and Justita, on back to the Egyptian goddess Maat.

Statues of Lady Justice generally show a woman wearing a toga, carrying a set of scales and carrying or wearing a sword. She’s often blindfolded, but Sylva’s statue, which was raised with the original courthouse in 1914, is clear-eyed. In this rendition it’s thought Lady Justice is fighting evil with her steely gaze.

The scales represent weighing evidence and delivering justice; the sword symbolizes the power to enforce those decisions (it’s a two-edged sword and thus can deliver justice to either side); the blindfold, when there is one, represents the impartiality of justice.

Justice statues were a rage and were installed in countless locales around the country from the end of the 1800s and into the early 1900s, and there’s plenty of mythology around some of them as well. The Lady Justice of Smith County in East Texas is also without a blindfold, in this case supposedly she can be on the lookout for Yankees. (The statue does in fact face due north).

When Henderson County’s courthouse dome was repaired in 1990, the county’s Justice statue was found to be riddled with .22-caliber bullet holes, the story being that civic-minded citizens at a nearby barbershop fired away to keep pigeons off of her.

Sylva’s statue was the scene of some high drama in 1918, when daredevil William C. Strother did a headstand atop Lady Justice during a Red Cross rally.

He also rode a bicycle around the dome.

When he climbed back down to the awaiting crowd, he announced he’d left a nickel on the scales, should anyone want to retrieve it.

The good folks at the Jackson County Public Library and Jackson County Genealogical Society helped out immensely with this article, and helped confirm one longstanding rumor about her. When the courthouse cupola was removed in 1994 for repairs, Lady Justice was given a long-needed cleanup after enduring decades of weathering.

As with the Henderson statue, she was also treated for gunshot wounds.

Again, the blame was placed squarely on pigeons.