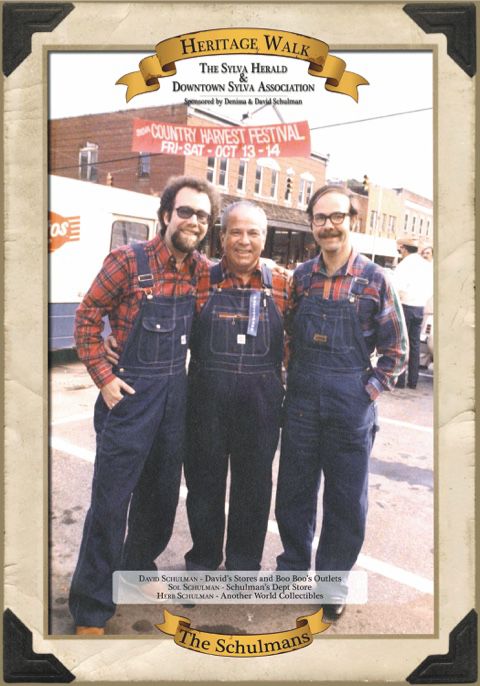 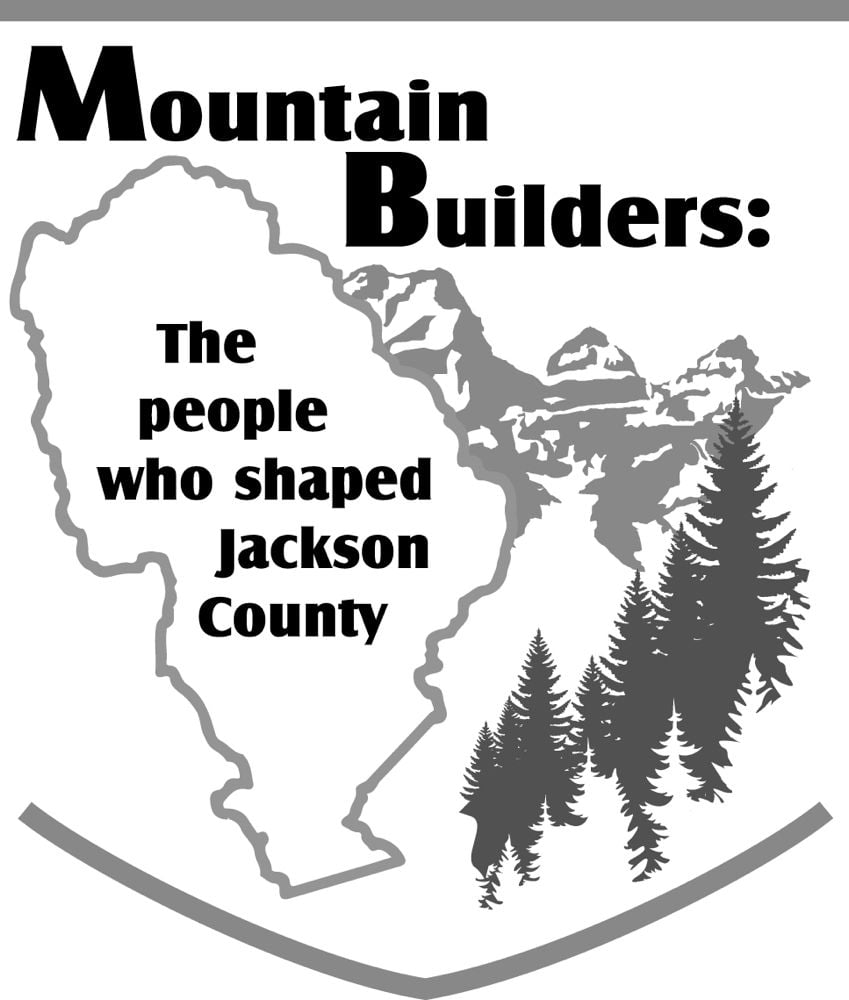 Sol Schulman, who operated a store on Sylva’s Main Street for more than 69 years, made his last journey through downtown Sylva on Tuesday, Nov. 11, 2003, the day after he died at age 91.

He was only 19 when he opened his clothing store in 1933; that establishment remained in business until October 2002, when health reasons, including advanced Parkinson’s disease, forced Schulman to close.

The day Schulman opened his store was a cold, blustery Monday – Jan. 4, 1933. Glancing out on Main Street, he saw 15 people lined up outside his door before his 9 a.m. opening time.

“I thought they were customers, or fellow businessmen ready to congratulate me,” Schulman told The Herald during a 2002 interview. “I found out differently when I opened the doors; they were there to tell me times were bad and that I would never make it.”

Schulman proved them all wrong, however, and was still operating his store in the same location 69 years later.

“Sol was a wealthy man but his wealth did not come from money,” said Rabbi Dr. Michael Samuel during Schulman’s funeral service. “He realized money was no good unless it was used for the good of the community. He was a great benefactor with a generosity of spirit.”

Downtown merchants lined Main Street in tribute as the hearse bearing Schulman’s body passed. When Schulman closed his department store, he donated the inventory to WestCare Foundation for fund-raising, continuing the philanthropy he was known for throughout his years in Sylva. Whenever a charitable organization needed funds, Schulman was always the first to step forth. “I earned what money I have; I also love to give it away,” Schulman once said.

He served on Sylva’s town board for five years. Schulman Street, which connects West Main and Jackson streets, was renamed in his honor. Schulman was chosen to be an honorary Sylva firefighter, and was one of only three to receive the honor at the time it was bestowed on him.

Local historian George Frizzell of Sylva, the consulting expert for this series, describes Schulman and his importance to Sylva as being both institutional and personal.

“There is a small book by and about Mr. Sol Schulman titled ‘The Man Who Lived on Main Street,’ said Frizzell, who describes Schulman as an “iconic figure.”

Schulman a part of Sylva

“Some may remember him for the department store that he opened in January 1933 during the Great Depression and which he ran for seven decades,” Frizzell said. “But, Mr. Schulman also was one of those individuals who personified a town and imbued it with an identity though his engagement with the people and commitment to the community.

“I knew Mr. Schulman since my childhood and remember him fondly,” Frizzell said. “He was endearing and humorous, especially with the stories he could relate about his experiences and interactions with such figures as C.J. Harris. During my years of doing research in regional newspapers, it was always a delight to see individuals I knew. It was, to a personal extent, a pleasure to see the announcement of the building and then opening of Mr. Schulman’s store in the Jackson County Journal in its issues from 1932 and 1933. He took the risk to open a store during the Great Depression, to make it thrive, and have it become a Sylva landmark.

“Why is he important to Jackson County? For me, he is the embodiment of an individual who adopts a community as their own and then reflects the best parts of it back – in service, spirit, and engagement,” Frizzell said. “He knew people by name, be it first name or last. His smile was genuine and his laughter deep. May we all remember those individuals, those stores, and those days that filled our lives. In my case, typically a Saturday walk down Main Street was not complete without stopping in Mr. Schulman’s store. And, he always had a pair of shoes in my size on hand.”

Schulman came to Jackson County from Cherryville when his father sent him up here to check on some real estate property he owned.

“Dad told me to go out west, and I thought he meant the West Coast, but he meant Western North Carolina,” Schulman said during a March 2002 interview on the occasion of his 90th birthday. His father had purchased a downtown Sylva lot for $2,500 at a bank foreclosure, and put up a building on the lot for $4,000. The elder Schulman tried to sell the property for two years but found no buyers.

Sylva’s people were a draw

When Sol Schulman arrived in Sylva in 1932, he found that he liked the town. People were kind he said, and he also liked Western Teachers Carolina College (now Western Carolina University).

“So I called up Dad and told him I had a renter,” Schulman said in 2002. Schulman’s father asked his son if the renter was honest and someone who would pay the bills. “I assured him the renter was a fine, dependable person and that I would tell him more when I got home.”

When Sol Schulman got back to Cherryville and told his dad he was the renter, his father got upset and told him he was too young to go into business for himself. The son won out, and he went to the New York Merchandise Mart to purchase stock for his enterprise. Based on his father’s excellent reputation, he ordered $5,000 worth of merchandise for his Sylva store. According to that 2002 interview, Sol Schulman said that when the Merchandise Mart called about the bill, he was lucky in that President Franklin Roosevelt had closed the banks. “I told my creditors all my money was tied up in the banks,” Schulman said. “They understood that; it was the truth.” What they didn’t know was that Schulman had only $28 in the bank, but he had accumulated the funds to pay his debt by the time the banks reopened.

“Everybody has trouble when they first go into business, but it’s better to not have the money and work for it,” Schulman said in 2002. “Then when you do well, you feel like you’ve really done something.”

Schulman attributed his longtime success in retail to hard work, wise investments, always being honest with his customers and “never knowing what the word ‘no’ meant.”

When Western Carolina University recognized Schulman’s many contributions to his community with an honorary degree, awarded in 2002, The Sylva Herald praised Schulman in the following editorial in its Dec. 12, 2002, edition:

With a career spanning almost seven decades, former Sylva town board member Schulman has been described as an ‘inspiration” by a fellow downtown businessman. Through a combination of hard work and sound investments, Schulman became one of Sylva’s most successful citizens, and he’s always been willing to share his good fortune both for civic causes and with individuals in need. It’s fitting that WCU will honor Schulman, because WCU was influential in Schulman’s decision to set up shop in Jackson County. ‘I liked the town, and I liked the college,’ Schulman told The Herald in March. ‘People here were kind.’

When Schulman opened his doors in January 1933, in the midst of the Great Depression, other local merchants told him he could not possibly succeed during such difficult times. Schulman proved them wrong by working hard each day to find the merchandise his customers needed and treating people honestly and fairly. ‘Being nice to people doesn’t hurt,’ Schulman said. That attitude served him well during his almost 70 years on Main Street, for he had faithful customers who traded with him until he closed his shop in October (2002), seven months after he celebrated his 90th birthday in the store. For a number of years before he closed, he waited on the children and grandchildren of former customers, and he always remembered everyone’s name.

Sylva and Jackson County owe a debt to Schulman for civic-mindedness, too. Through the years he was instrumental in the formation of both the Jackson County Chamber of Commerce and the local Lion’s Club. He made a sizable donation to 1998’s downtown Streetscape project and made the first donation to Catch the Spirit of Appalachia’s Festival of Many Colors. Schulman served on the Sylva town board and lobbied tirelessly for the new post office he believed Sylva deserved.

Sol Schulman had two sons, David Schulman of Asheville and the late Herbert Schulman. Both followed him into the retail business, and during the 1980s, all three Schulmans were the proprietors of Main Street stores.