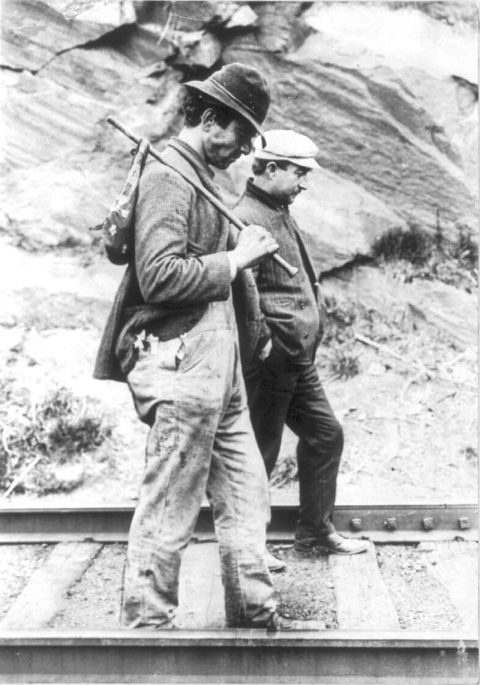 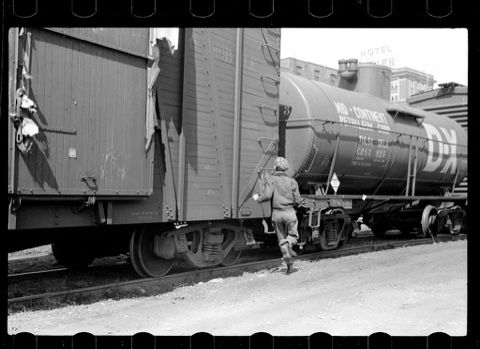 “Riding the rails” was a dangerous task, claiming the lives of thousands who weren’t quick enough or lucky enough to survive the attempt.

“Riding the rails” was a dangerous task, claiming the lives of thousands who weren’t quick enough or lucky enough to survive the attempt.

The year was 1930, and an army of Americans were on the road.

Some were seeking adventure, but most were chasing work, food and lodging thanks to the ravages of The Great Depression.

With the economic collapse, many people were left with no home or no job. Others who had merely lost a job felt they were a burden on families lucky enough to still have a roof over their heads.

Many hit the road. An estimated 4 million people were wandering the countryside.

There’s a fair amount of literature and research out there regarding this vagabond army. While their numbers may have been at their highest in the 1930s, the phenomena was nothing new.

Following the Civil War, America’s railroad network exploded, and hitching a free ride to a new land or to return to an old haunt was a favored, if dangerous, tactic. Swarms of men took to riding the rails. The Los Angeles Times reports that from 1890 to 1910, more than 32,000 “tramps or hobos” were killed on U.S. railroads and many more were maimed. A mistimed jump could lead to death under a train’s wheels, “railroad bulls” would sometimes pummel a hitcher to death, and some people starved to death when a boxcar was locked and moved to a siding for later use.

As noted above, there was a difference between tramps and hobos, and a hobo was pretty insulted if he was referred to as a tramp or a bum. Generally speaking, a hobo was traveling for work. A tramp was traveling just to be traveling. A bum wasn’t doing either.

Hobos developed an elaborate “hobo code” to tip off fellow travelers to the possibilities, or dangers, of certain sites. Looking like random scribblings or hieroglyphics, signs would tell where you might get a meal, where you could sleep in a hayloft, where there was a vicious dog or simply “run!”

It’s a safe bet many a hobo wound his way through Jackson County over the years, but there are only a few mentions in past papers of their activity.

One was from 90 years ago today, Jan. 23, 1930. A front-page story recounts an incident in the railyard at Addie, where a blaze engulfed empty freight cars standing on the siding in the wee hours of a Sunday morning.

W.H. Snyder discovered the blaze and sounded the alarm by repeatedly blasting the whistle of an engine standing in the yard. Firefighters in Sylva were alerted and neighbors in the Addie community uncoupled the line of cars, some of which were loaded with freight, and moved them east and west away from the blaze.

The fire was extinguished with the loss of two empty cars.

The Jackson County Journal reported “It is believed hobos are responsible for the fire, as three of the gentry were seen loitering in the vicinity the previous night. The night was extremely cold, and it is believed that the tramps entered the empty cars to obtain sleeping quarters, and had a fire in them, and that the cars caught, and the hobos fled.”

Again, there were few mentions of hobos in the Journal, or the Sylva Herald. Children liked to dress as hobos for Halloween, but aside from the occasional appearance in a joke that was about it.

One story that did appear didn’t deal so much with hobos as it did a local woman renowned for her kind heart. It was a story as well-traveled as a hobo, appearing originally in the Atlanta Journal before making its way back to be retold in the Dec. 3, 1942 Jackson County Journal:

A GREAT TRIBUTE TO A GREAT WOMAN

Rev. Raimundo De Ovies, in the Atlanta Journal, tells a story that is familiar to many Sylva people:

“In Sylva, N.C., the late Mrs. W.H. Rhodes built three rooms at the rear of her home, for ‘transients,’ as she euphemistically called the tramps and hobos who knocked at her door for help. They were plain rooms, but clean and comfortable. Her guests were grateful and well-behaved, because their lodgings gave every evidence of forethought and kindness. I have not heard of her charity ever being abused; and that is understandable, because it was unique and so evidently the evidence of a good and trusting heart.

“One afternoon there was a meeting of a Missionary Society in Sylva. The ladies abandoned thought of the heathen abroad for a little discussion of the heathen at home – in their own community, for instance. Someone suggested that the Lord Christ might get a cold reception in Sylva if He visited them in poverty which characterized His journeys up and down Galilee. ‘Why,’ she exclaimed, ‘He might actually be ragged! Do you think any of us would receive Him or entertain Him or even know He had honored our town with a visit?’

“One practical old lady looked up from her sewing to remark, ‘Why bother with the ifs and ands. He isn’t comin’ to Sylva and we know it. But, if He did He’d be all right. Mrs. Rhodes would put Him up for the night and take care of Him like she does all the homeless that come to this town.’ What a tribute to a great soul! And what a challenge to our charity and the spirit of it. As long as we define charity as a ‘hand out’ the poor will continue to suffer. The real meaning of ‘Charity’ is Love.”

A dozen years prior, if Mrs. Rhodes was in operation and the hobos had known, it’s a safe bet the excitement at Addie could have been avoided.