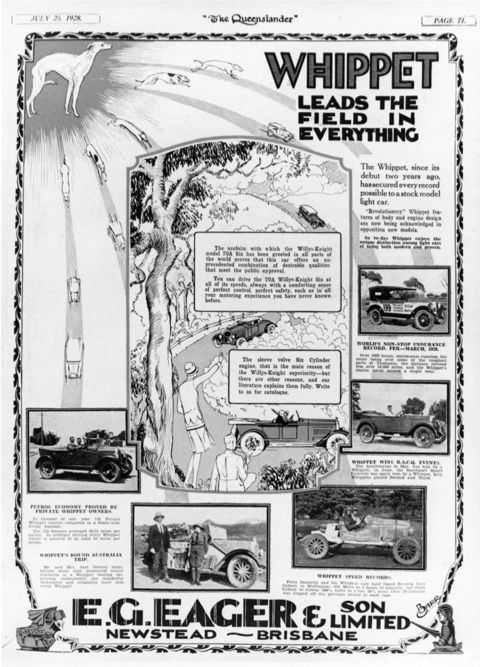 Whippets were small, fast tough cars perfect for tearing up and down mountain roads in a hurry. 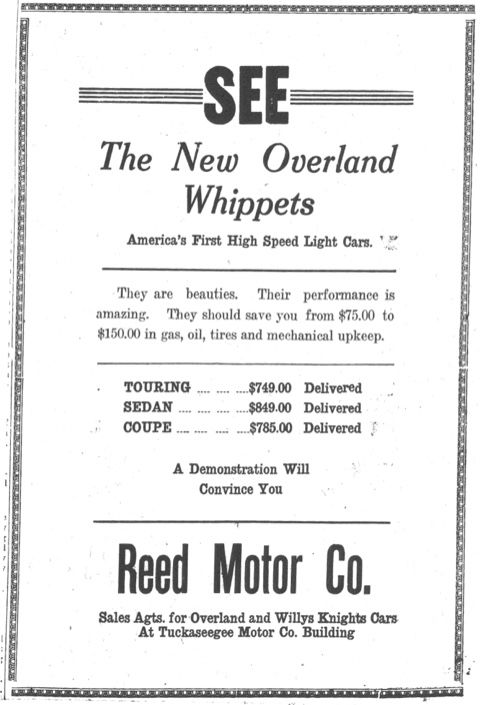 Whippets were small, fast tough cars perfect for tearing up and down mountain roads in a hurry.

The person who holds the speed record for road travel from Asheville to Murphy probably doesn’t even know it, and almost certainly didn’t record it.

It may have been an ambulance driver, a law enforcement officer or some scofflaw pulling their own version of “Smoky and the Bandit.” Whatever the case, the feat is likely lost to the mists of history.

However, there was a time when people did make a very big deal out of such feats, and one record-breaking performance was deemed important enough to make the front page of the Jackson County Journal on April 27, 1927.

A team from Asheville, driving two stock Whippet Foots performed the feat, departing in pre-dawn hours and routing through the Nantahala Gorge.

Whippet Foots were products of the Willys-Overland Motor Company, which trailed only Ford in automobile production in the 1910s. The Whippet was named after a swift breed descended from Greyhounds that originated in England.

Whippets could be found for sale in Sylva at places like Reed Motor Company. The Whippet line of small, fast, tough vehicles was introduced in 1927. It was a fine design, but no match for the Great Depression. Willys did survive and went on to lasting fame with its jeep design in World War II.

Back to 1927: The era saw travel on roads, especially in the mountains, that was something of a wild west adventure. The quality of roads was uneven, as was the quality of drivers. (Drivers’ licensing in North Carolina wouldn’t come around until 1935, and even then there was no test. You simply had to have one dollar, be at least 16 and give your word you were experienced and careful).

Speed limits were around, in spots, but often the speed limit was determined more by the state of the road than anything else. (Incidentally, the first recorded speed limit was well before the advent of the internal combustion engine. In 1701 Boston, if you were galloping recklessly through the streets, you could be yanked off your horse by any concerned citizen, and fined 3 Shillings for each offense).

The Whippet team from Asheville departed before dawn, at 5:07 a.m., in pursuit of a new record. The Journal reported the speed of the cars at times reached 75 miles per hour, with the average speed clocked at 47.73 mph over the duration of the trip. Upon reaching Murphy and being received by a delegation that included the town’s mayor, the cars turned around and headed back to Asheville. The speeds weren’t recorded, but it was reported the cars averaged 33.3 miles per gallon.

The feat shattered the previous motorcar record by 51 minutes.