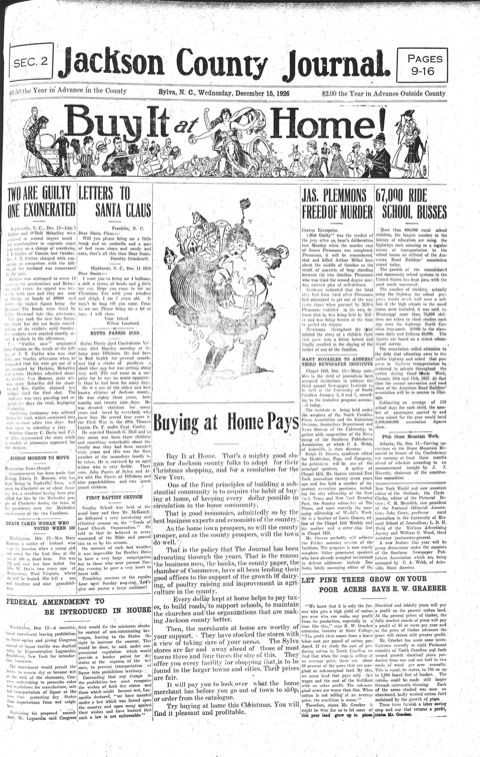 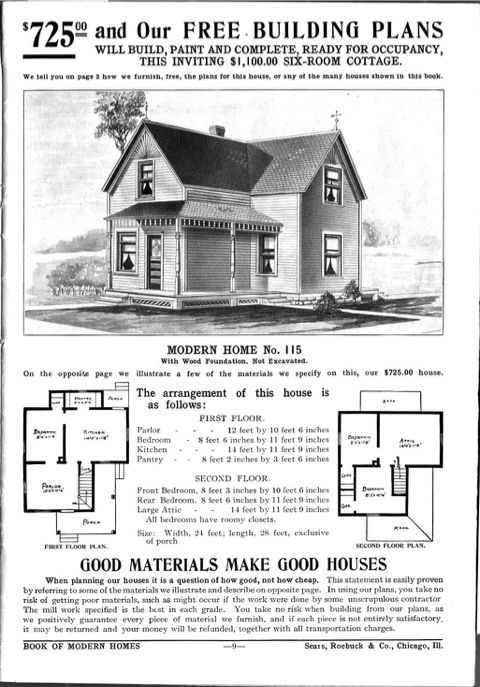 While local merchants today face online behemoths for competition, the fight against the big boys for dollars in far older. In 1908, for example, the Sears Roebuck catalog would let you buy an entire house from the comfort of your couch.

While local merchants today face online behemoths for competition, the fight against the big boys for dollars in far older. In 1908, for example, the Sears Roebuck catalog would let you buy an entire house from the comfort of your couch.

Here’s the thing about good ideas: They never go out of fashion; a good idea remains a good idea.

The Jackson County Office of Economic Development has a good idea with its Spend Local campaign, encouraging folks to shop, play and dine here where we live.

Every dollar spent locally is the best investment in the local economy, with about two-thirds of that spending staying local.

Here at the Herald we’ve been banging the Spend Local drum, and will continue to do so.

You could say doing so is a tradition for print media in this county, a tradition that’s about a century old. Perusing some old issues of the Jackson County Journal, we came across perhaps the granddaddy of all Shop Local pitches.

“Buy It at Home. That’s a mighty good slogan for Jackson County folks to adopt for their Christmas shopping, and for a resolution for the New Year.

One of the first principles of building a substantial community is to acquire the habit of buying at home, of keeping every dollar possible in circulation in the home community. That is good economics, admittedly so by the best business experts and economists of the country. As the hometown prospers, so will the county prosper, and as the county prospers, will the town do well. That is the policy that The Journal has been advocating through the years.

That is the reason the businessmen, the banks, the county paper, the Chamber of Commerce, have all been lending their good offices to the support of the growth of dairying, of poultry raising and improvement in agriculture in the county. Every dollar kept at home helps to pay taxes, to build roads, to support schools, to maintain the churches and the organizations that are making Jackson County better. Then, the merchants at home are worthy of your support.

They have stocked the stores with a view of taking care of your needs. The Sylva stores are far and away ahead of those of most towns three and four times the size of this. They offer you every facility for shopping that is to be found in the larger towns and cities.

Their prices are fair. It will pay you to look over what the home merchant has before you go out of town to shop, or order from the catalogue. Try buying at home this Christmas. You will find it pleasant and profitable.”

It’s a message from the past that still holds true. Granted, the playing field was different in those days, but not all that different. Whereas today we have online giants and big box stores competing against small local merchants, in 1926 there was the formidable Sears catalog, from which you could literally purchase an entire house.

And the concept was still the same. Back then you can send your money off to Sears, which would use it to build new stores and grow ever-larger, or you could spend it locally, where it tends to recirculate in the local economy.

There’s an economic theory called the Velocity of Money that helps explain the importance of spending local. Say you have $10. You send it to the Sears of old or some online retailer of today. You get your product, they get their money, and that’s pretty much the end of the transaction. Spend that $10 on, say, some local Christmas greenery. That tree farmer then spends it at a local restaurant. The cook spends it on a haircut. The barber spends it at a local vet for a checkup for his cat. The vet technician spends it as part of an oil change.

The Journal might have found that “pleasant and profitable” indeed.

And it’s a formula that has stood the test of time.