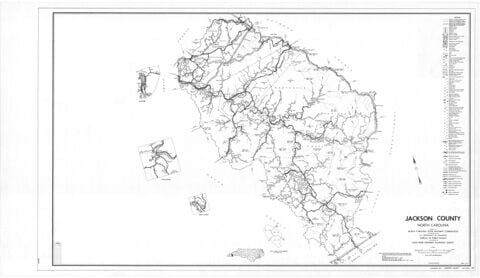 On its founding and for decades afterward, Sylva’s borders formed a perfect octagon. 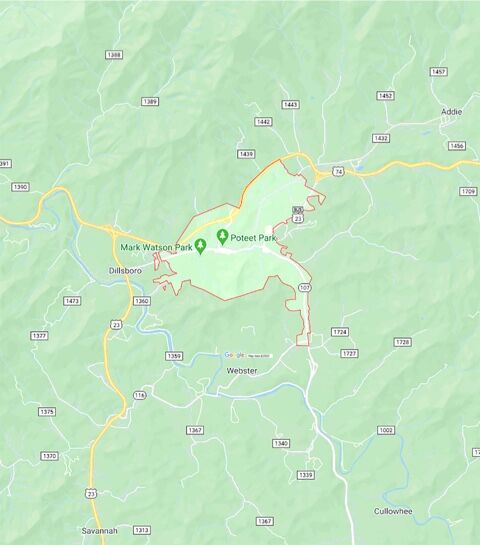 Starting in the 1960s, annexation moves made the shape of the town limits only a shadow of its former figure.

On its founding and for decades afterward, Sylva’s borders formed a perfect octagon.

Starting in the 1960s, annexation moves made the shape of the town limits only a shadow of its former figure.

The Town of Sylva is really out of shape.

At least when compared to its former self.

Jeff Gray, brother of Herald Publisher Steve Gray, sent along some chatter regarding Sylva taking place on the North Carolina Map Blog. It seems our fair city is quite unique when it comes to town borders.

The South in general is also unique when it comes to town borders. Specifically, the circle town. The Blog cites a 1963 article called “Round Towns” by Howard Schretter that pinpointed 620 circularly incorporated towns in the U.S. North Carolina has 62. Georgia has a whopping 379. The Blog says “From a query of some of these circle towns, Schretter identified three reasons a circle was chosen: complete directional impartiality, explicit verbal clarity and extreme ease in establishment. As far as ease of establishment, that obviously referred only to writing a description of the town limits.”

While the circle may have been easy to draw, it was undoubtedly something of a nightmare to survey.

The solution to that problem is where Sylva comes into the story.

But Catawba came first in the state: Enter the octagon.

From the Blog: “A supplemental act in 1872 described the Catawba town limits as “one half mile in each direction from the railroad depot…” Each direction? There are only eight directions? It sounds like the General Assembly tried to make Catawba a circle town, just like nearby Hickory. Perhaps the town commissioners or the surveyor realized how much easier it would be to survey and mark an octagon with straight line segments rather than a circle with a continuous arc.”

Catawba County was all about straight lines. The Blog states “All six towns in the county were polygons, including four rectangles (three of which were square), a circle and an octagon.”

Sylva became the second octagon with its founding in 1889. Legislation from the North Carolina General Assembly’s 1889 session states “…the corporation boundary lines of the town of Sylva shall be as follows, to-wit: Beginning at the southeast corner of the depot, as now located, shall run three-fourths of a mile each north, south, east and west with the cardinal points of the compass, and the intermediate points of same a like distance of three-fourths of a mile so as to form an exact octagon…”

The Blog says the only other instance of an octagonal town is Leesville, South Carolina, established in 1899.

Sylva kept its borders intact into the 1960s before it started letting itself go with annexations. The History of Jackson County, Sesquicentennial Edition, says “In response to a petition by the owner, Marcellus Buchanan III, Sylva annexed 41 acres on the southwestern edge of town near Parris Cemetery in 1969. The town’s most significant annexation, from a population standpoint, became effective Jan. 1, 1982. The 137 acres in the Allen-Henson Circle and East Sylva areas included 103 lots and tracts. The annexed area’s population was 273, with 80 houses and 40 mobile homes involved. That resulted in a 15.44 percent population increase with a total of 2,040.”

Other annexations reached out to include Harris Regional Hospital, then later out N.C. 107 to the current Lowe’s and Ingles properties.

Some of the original borders are recognizable, but in general Sylva town lines now resemble an 8-year-old’s first attempt at a pancake.

But we love her just the same.