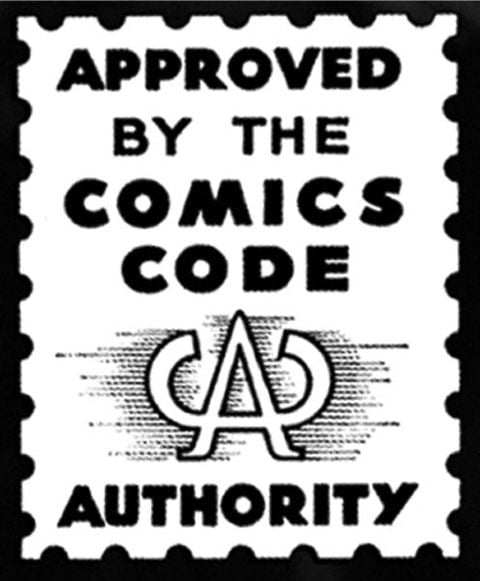 A Comics Code was adopted in the 1950s that forbade a laundry list of topics. 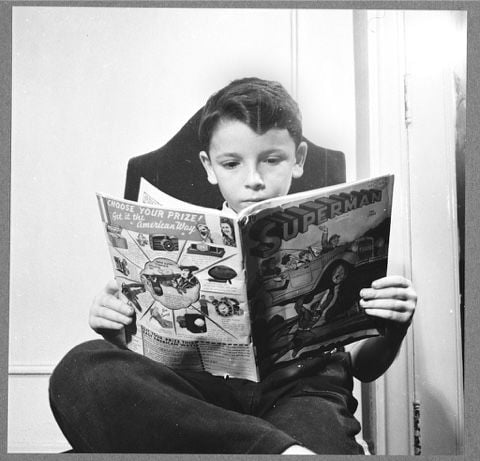 A Comics Code was adopted in the 1950s that forbade a laundry list of topics.

As the sands on the year 1949 drained down the hourglass and 1950 dawned, America, and the Sylva Herald, faced a new threat:

Well, not really. However, there was a panic regarding the supposedly corrosive effect on youth by comic books stalking the land, and the editorial page of the Herald got caught up in it.

To back up a bit, comics started out as collections of previously-run newspaper comic strips served up to maximize profits for publishers. Profitable they were, and eventually that led to the product of comic books with original characters and storylines.

The new media exploded toward the end of the 1930s and gained wide popularity during World War II. By 1948 somewhere between 80 million and 100 million comic books were sold every month across the country.

While comic book readership was rising, so was juvenile delinquency. Historians generally pinned the increase on the baby boom and a vast increase of all sorts of media – TV and radio in addition to comic books – but some folks put two and two together and decided comic books, some of which had lurid content or tales of crime and horror, were the culprit.

In the post-war years there were drives organized to round up and burn comic books, some of which were quite successful.

In 1949 legislation was introduced in Canada criminalizing the publication and sale of crime comics, sparked by a murder by two teens supposedly inspired to commit the act after reading a crime comic.

The Herald caught wind, and in the first edition of the new decade, editorialized thusly:

For the past several years much has been said in many quarters about the evils of comic books, which have become more and more numerous on newsstands. We read with horror the news story of the two little boys who burned their playmate to death “because we saw it in a comic book” or the incidents of the child who was discovered sprinkling ground glass into a pot of stew. He too had “read it in a comic book.” The supermen and Captain Marvels who stop trains with their fingers – or the evil brains who destroy the world with weird machinery – run wild in these books: Such wild fiction, so wildly distributed to American youth, is bound to have an adverse effect upon their minds. Some will argue that comic books are only a form of fairy tales. One fact quickly defeats that argument, however. Fairy tales are read by small children only … they are a fantasy that we outgrow … but comic books are widely read by high school students, and many adults. They are definitely more than “fairy tales!” Canada has awakened to the danger of this evil. Declaring that lurid crime pictorials, or so called “comic books,” stimulate juvenile delinquency, the Canadian Parliament has passed a bill banning these publications in the dominion. The bill, which passed the House of Commons unanimously and the Senate by large majority, prohibits the publication, distribution, or sale of comic books that depict “the commission of crimes, real or fictional.” It’s an encouraging sign that somewhere, someone has the fortitude to do something about a sinister evil. It to be hoped that perhaps in the not too distant future, some American lawmaker will see the light and introduce a similar bill in our own Congress. Until that time though we will just have to go back and let the kids go right on reading their little “crime journals,” while we at the same time increase the F.B.I. budget to combat the results!

The Herald got its wish, sort of. Psychiatrist Fredric Wertham launched a campaign against comics, topped by the publication of his book “Seduction of the Innocent.” He appeared at congressional hearings on the topic, which coincided with the McCarthy communism scare.

Wertham said comic books were more frightening than Hitler. He found an ally in Sen. Estes Kefauver, D-Tenn., whose Senate hearings gave Wertham a national platform. (Kefauver was a mob buster, and found the whole affair a good way to go after comic book and magazine distributors that had ties to the mob).

Feeling the heat, the Comics Magazine Association of America crafted the Comics Code Authority, which said good guys had to win, villains couldn’t be portrayed in any kind of positive light, authority figures had to be respected, banned foul language and werewolves, vampires and zombies.

Some publishers were hit hard by the new rules, while some bucked it. William Gaines of EC Comics got into a protracted fight with a story that fell afoul of the Code, quit comics and started something called Mad Magazine.

But it was new distribution methods that undid the Code; publishers began direct market distribution to retailers, which wiped out the power of wholesalers who had essentially served as enforcers of the code.

At any rate, comics kept humming right along, and by 1969 Superman was stronger than ever, with “Superman” selling 511,984 copies and “Superboy” 465,462 copies to rank second and third in sales that year.

That was dwarfed by Mad Magazine, which tallied nearly 1.9 million in sales.