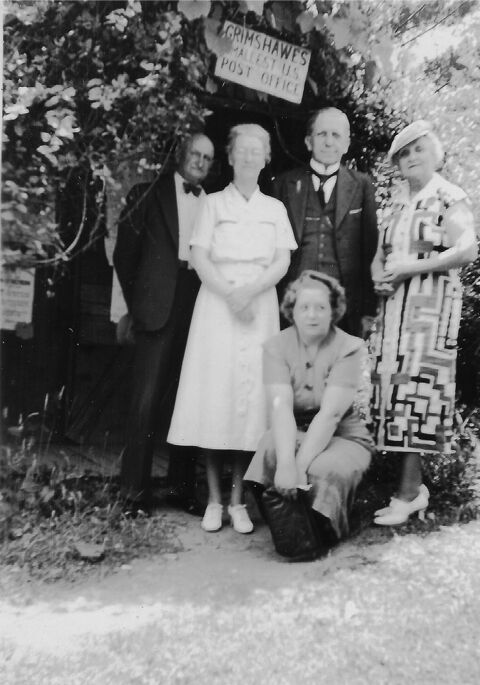 E.L. McKee Sr. on left, at Grimshawes post office, thought to be smallest post office country, with wife Gertrude and friends. McKee was a key civic and business leader in Jackson County’s history. 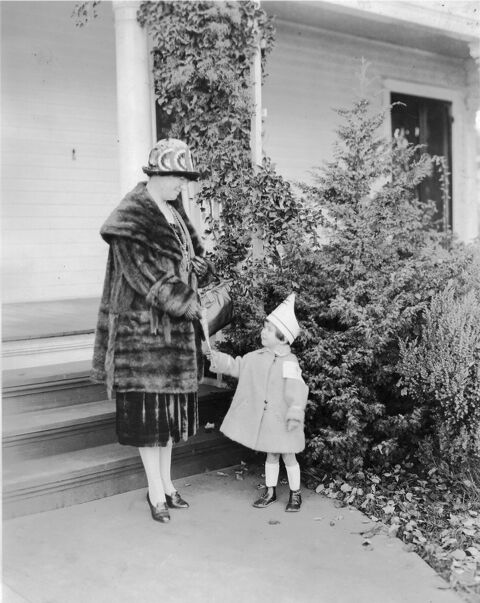 Gertrude Dills McKee with her niece, Alice Weaver. At top is a portrait of young Gert, a pioneer in women’s rights and politics.

E.L. McKee Sr. on left, at Grimshawes post office, thought to be smallest post office country, with wife Gertrude and friends. McKee was a key civic and business leader in Jackson County’s history.

Gertrude Dills McKee with her niece, Alice Weaver. At top is a portrait of young Gert, a pioneer in women’s rights and politics.

One hundred years ago this month, the 19th Amendment to the U.S. Constitution was ratified, granting women the right to vote.

Gertrude Dills McKee was in the thick of the push for suffrage in North Carolina, another remarkable slice of a remarkable life.

For the uninitiated, Gert was a groundbreaker, a true pioneer, on the North Carolina political scene. In 1930 she was the Democratic Party’s nominee for state senate, and she won the race with the largest majority of anyone on the ballot, becoming the state’s first female senator. She served two other terms (1937-39 and 1943-45) and was leected yet again in 1948, but she passed away shortly after that election.

But let’s back up a bit.

The road to passage of the 19th Amendment was a long and grueling one, decades of protests, marches, lobbying and civil disobedience in the making. The amendment was originally introduced in 1878. Small steps were made along the way – nine states in the west passed suffrage legislation in 1912 – but it wasn’t until President Woodrow Wilson shifted his position that the road to passage seemed ensured.

Gert was on hand in Raleigh for the vote on the passage of the 19th Amendment, a vote that would represent the majority of states needed for passage. She was one of two women elected as delegates to the State Democratic Convention set for April 8, 1920, before she could even vote. The local convention went on record as favoring the Suffrage Amendment.

However, state leaders kicked the can around and no vote was held, leaving Tennessee the honor of being the state to push the amendment over the line.

Even with the right secured, some women felt that voting was … well, unseemly.

Gordon B. McKinney, who taught Appalachian and American history at stops including Maryland, Berea College and Western Carolina University, offered a family anecdote to put some perspective on the issue. He said his grandmother decided she wouldn’t exercise the franchise out of a sense of propriety.

His grandfather announced she would indeed cast her ballot. After all, he was running for office himself and wanted the vote.

Even with the right to vote secured, there were other hurdles. In some places poll taxes, literacy tests and residency requirements remained in place. It took until the 1960s for the percentage of women’s vote to catch up to the men.

Jackson County stood out in welcoming the vote. In her thesis, “Gertrude Dills McKee: A biographical analysis,’’ Joan Wright Ferguson writes “The election of 1920 was the first chance for women to exercise their right to vote. In Jackson County the Chairman of the Board of Elections opened the voter registration books from Sept. 30 to Oct. 23 and requested that all registrars ‘be especially courteous and alert in letting the good women of the county have an opportunity to register.’ Throughout the 1920s this friendly attitude towards women participating in county political affairs continued.”

Ferguson notes the first woman in Jackson County to run for public office was Jessie McCall, who entered the Democratic primary race in the spring of 1924 as a candidate for Register of Deeds. (She finished a respectable third out of five candidates). The first woman to make the general election ballot was Jane Coward. Ferguson says, “even though Jane Coward lost her bid to be Register of Deeds, her primary win over a male opponent had to be counted a success for women in politics. Thus, the stage was set for Gert’s run for the state senate in 1930.”

McKinney said, “What was striking about Gertrude was that Western North Carolina was not a hotbed of pro-suffragette work. She really stood out. Gertrude was well ahead of her time, particularly in rural America, and we were fortunate to have her among us.’’

Of the 1930 election, Ferguson writes that Gert carried the three counties that formed the state Senate district at the time, “defeating her opponent James F. Barrett, a Brevard editor, by 3,652 votes… It was the country people of her district who had persuaded her to run, and they had elected her. It was a most gratifying victory.”

Gert’s granddaughter, Ann McKee Austin of Cashiers, has chronicled her life, and had been a part of the XIX Centennial Celebration of the Cultural Enrichment Task Force of Vision Cashiers Inc. plans to commemorate the suffrage anniversary, plans that, like so many things in 2020, have been sidelined by the coronavirus pandemic.

Austin said, “One of things I most admire about my grandmother was her ability to find joy and meaning in her very full life. She seems to have thrived in her role as not only a pioneering stateswoman, but as a beloved member of her community, her church, the civic clubs she led, and as a wife and mother. She must have faced many challenges during her life, but she seemed to have taken them on with vigor and enthusiasm. A model for women today!”

Ferguson noted that versatility as well. “She could join in a backyard ballgame one day and introduce Eleanor Roosevelt the next. She could sell war bonds in Sylva and dedicate a plaque in Gettysburg. She could bake a cake for a church dinner and talk down a senator in Raleigh.”

“As Collections Manager for the High Hampton History Center, I’ve been fortunate to have spent time this year studying the life of Gertrude Dills McKee,” said Robert Gleason. “The McKee family recently donated a treasure trove of material to Western Carolina’s Special Collections at Hunter Library, which gave great insight into her remarkable life and role as the first women to serve as a North Carolina state senator. Included in the collection are items such as the New Testament she was sworn in on to serve as North Carolina’s first woman Senator, copies of her speeches and bills she sponsored in the Senate, and previously unpublished photographs. I look forward to working with WCU as her life story continues to unfold.”

Although the pandemic took the shine off this year’s celebration, Gert’s legacy will continue to be explored and celebrated. And rightfully so.

In closing, we’ll offer one final word on how we can all honor that legacy: