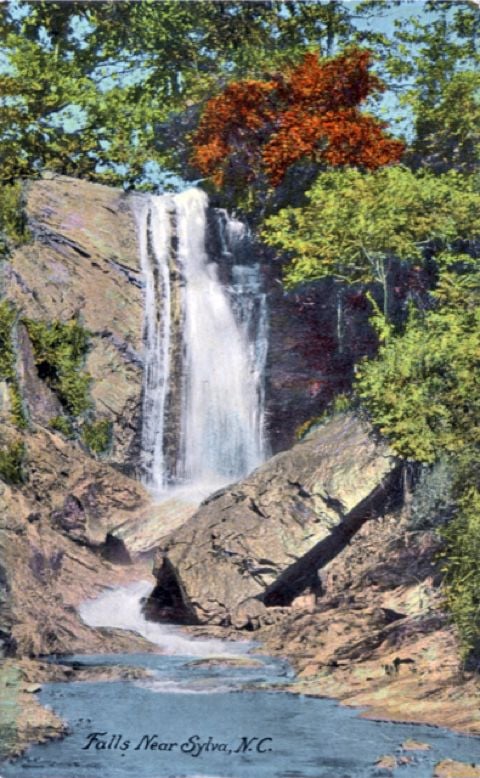 An old postcard of the now-vanished falls in Sylva. The town once claimed it was the only incorporated town in the country with a waterfall in its city limits. The waterfall fell to construction of the Sylva Bypass. 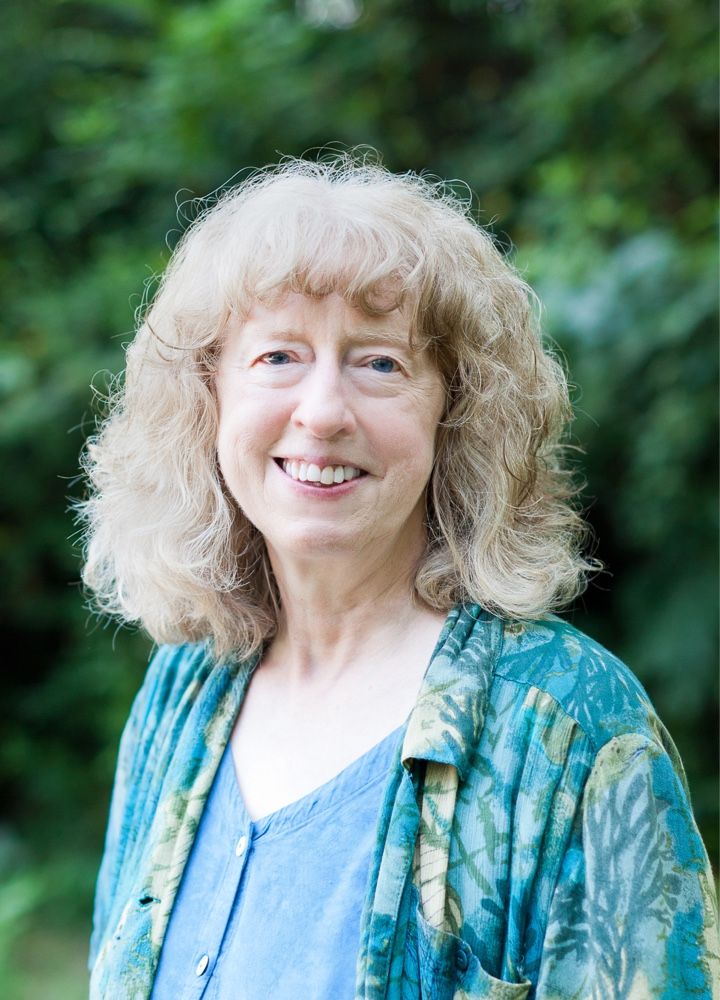 An old postcard of the now-vanished falls in Sylva. The town once claimed it was the only incorporated town in the country with a waterfall in its city limits. The waterfall fell to construction of the Sylva Bypass.

I’ve been writing columns for this newspaper for more than 20 years now, and many have dealt with some facet of local history. When something needed to be looked up, I’ve relied mostly on two books: “The History of Jackson County,” edited by Max Williams, and the two-volume “Jackson County Heritage,” published by the local genealogy society.

While flipping through the Heritage book last week on the way to researching something else, I stopped at a familiar photo. It was of Dills Falls, the waterfall lost when the Sylva Bypass was built in the early 1970s. I first heard about that particular falls years ago at a Sylva town board meeting, when discussion turned to the fact that the town had once claimed the distinction of being the only incorporated town in the United States with a waterfall in its city limits. When The Herald compiled a special 1989 section to celebrate the centennials of Sylva, Dillsboro and Western Carolina University, a photo of the falls was in there. It was labeled “Dills Falls,” of course. Imagine my surprise to see that the photo in the Heritage book bore this caption: “Bumgarner Falls. Only waterfall in incorporated town in the USA. (Courtesy Rachel Phillips).”

Rachel died in 2014, so I texted her son, Sylva Herald Sports Editor Carey Phillips to see what he knew. He was as baffled as I was. “Dills Falls is all I’ve ever heard,” he said.

As usual, Bill Crawford had something to add.

“The Bumgarners owned all that land at one time and the falls was first called Bumgarner Falls,” Bill said. “They had sort of a feud with Allen Dills, Jonah Dills’ daddy.” The Bumgarners moved away and the Dills family stayed, so the area became known as Dills Cove and the waterfall became Dills Falls, he said.

The story Bill heard was that the Bumgarners were hoeing corn and Allen Dills confronted them. One of the Bumgarner boys pulled a gun, and Dills shot and killed him. Dills also shot the young man’s father, Logan Bumgarner, but didn’t kill him.

Bill and I consulted “The Cemeteries of Jackson County,” also published by the Genealogy Society, and found Logan Bumgarner (1829-1903) and two of his sons, Guerillas Bumgarner (1861-1904) and W.H. Bumgarner (1860-1888) are buried in Keener Cemetery. We speculated that W.H., who died at the age of 28, must have been the shooting victim.

“There may have been a story in the paper,” Bill said.

With some help from his friends Fern Hensley and Danielle Duffy, Bill acquired more than one 1888 newspaper clipping, including one from Beaufort, N.C. All the stories are worded exactly the same, though some are longer than others, and relate that “Allen B. Dills, a well-known farmer, shot and killed William H. Bumgarner fatally wounded his father, Logan Bumgarner.” The longest report indicates that Logan Bumgarner was seriously wounded and expected to die soon, but he apparently survived. Newspaper reports indicated the incident was the result of a “misunderstanding about a small tract of land” and was the “termination of an old feud.” Later articles reveal that Allen Dills turned himself in and was later acquitted at trial.

Until I saw the picture and caption in the Heritage book, it never occurred to me to question the name. Dills Falls had been in Dills Cove; Jonah Dills is credited as being Sylva’s first real estate developer and named several streets after members of his family. As far as I knew, the main significance of the falls, once a popular local picnic spot, was its unfortunate demise during highway construction.

Many of those involved in the production of “Jackson County Heritage,” published in 1992, are gone now, and the two Genealogy Society charter members I asked, Ruth Shuler and Bill, both say they always called the waterfall Dills Falls during their growing-up years. But someone connected with the book knew of the waterfall’s older name and left us a clue that there was more to the story.