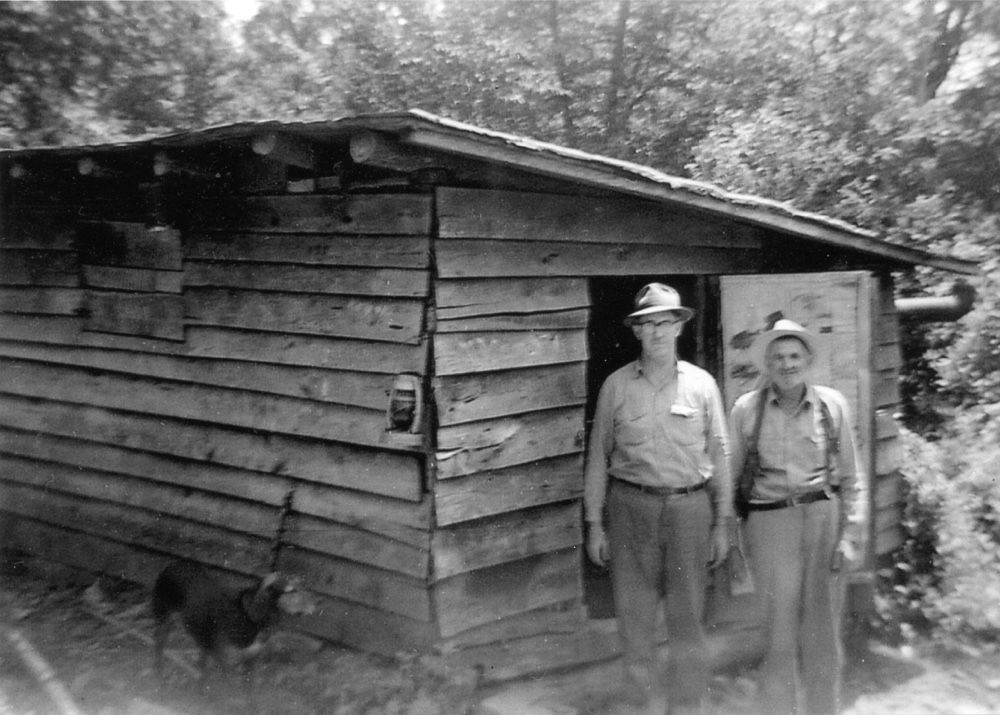 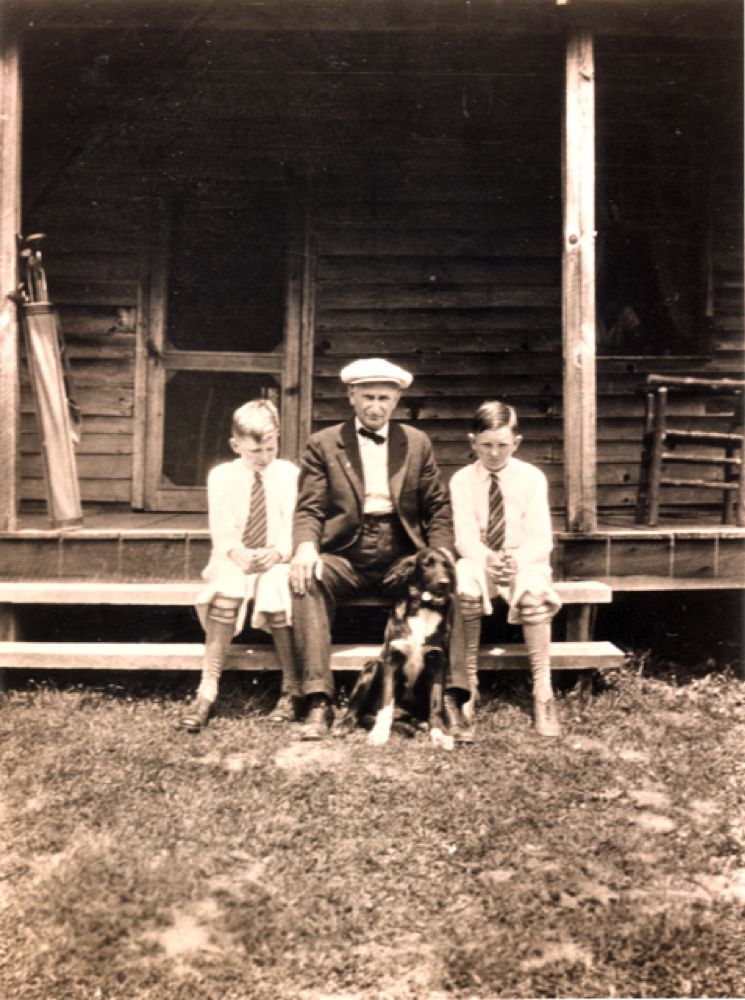 We’ve all heard that a picture is worth a thousand words.

Until I worked at newspapers, I thought that meant that a picture could show more than hundreds of words could tell. Once it was my job to get a paper out every week, I realized the saying had a more immediate meaning: one good photo equaled a thousand words I didn’t have to write.

While that’s not so much of a concern now, this installment is going to be long on pictures and short on words. I’ve got two interesting old photos but don’t have a column’s-worth of words to go with either one. At first, I wondered how to connect the two, but Bill Crawford solved that problem for me. He immediately recognized the people in both photos. Turns out he’s camped out in the building shown in one picture, and he’s played ball in the yard of the man in the other.

The earlier photo, taken around 1926, shows E. Lyndon McKee of Sylva, a business associate of C.J. Harris. McKee ran the Sylva Paperboard plant that became Mead Corp. and is now Jackson Paper, and he also developed High Hampton Inn and Country Club. He was married to Gertrude Dills McKee, North Carolina’s first woman state senator. With McKee are his sons, William, left, and Ernest Lyndon Jr., and their dog, Chief.

According to Ann McKee Austin of Cashiers (E.L. Jr.’s daughter), the picture was taken at High Hampton on the porch of the “Nancy Cottage,” where her grandparents lived when in Cashiers; the house burned down in the 1970s.

Lyndon and Gertrude McKee’s Sylva home stood where First Baptist Church is now, and their large back yard stretched to Jackson Street. Bill said he and his friends used to play ball in the McKee’s “park,” which is now First Baptist’s parking lot.

This week’s second photo was taken in 1956 at the Glenn Hughes camp on Old Bald. Hughes, a longtime county register of deeds who died in 1989, is the taller man at left; with him is Bazz Hooper, who died in 1968.

Bill took one look at the Old Bald photo and said, “I’ve stayed many a night there.” Bill said he mostly went to Old Bald with his friends, including Avery Loftis, Curtis Blanton, Pete Blanton, Harry Cope, Lester Cope and Annis Jones.

“All the boys from Ochre Hill and Blanton Branch would go up there in the 1940s and early 1950s,” Bill said. “I’ve seen 40 or 50 camped there at one time. There was a big spring and a big hollow chestnut stump where Glenn kept a frying pan and coffee pot in a tow sack. If you were his friend, you knew it was there and you could get it and use it and then put it back.”