The Tuckaseigee jumped its banks during the 2004 flooding in Jackson County. 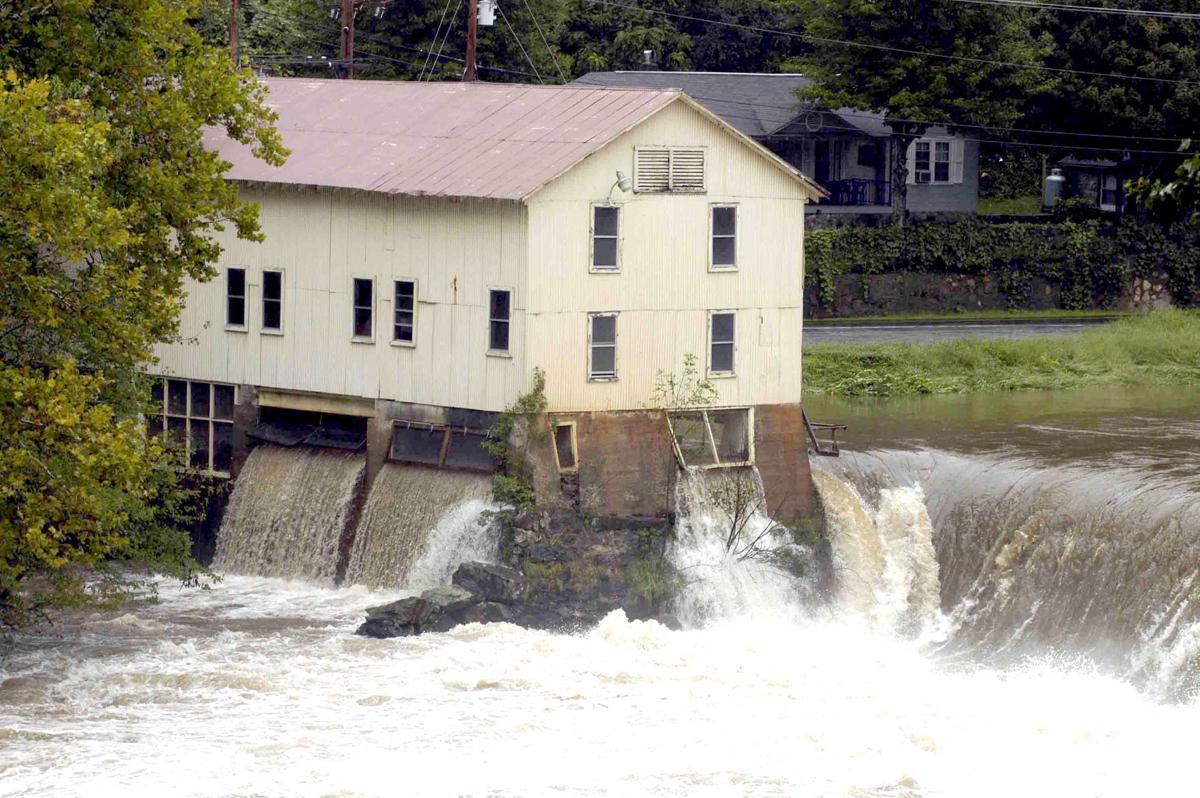 The Tuckaseigee jumped its banks during the 2004 flooding in Jackson County.

With the recent inundation of Houston after Hurricane Harvey, it’s no wonder that thoughts of this area’s devastating 1940 flood have surfaced around the county.

Last week’s Herald reported on damage in 1940 as well as that caused 64 years later by the back-to-back Hurricanes Frances and Ivan, and a popular Facebook site for present and past county residents includes a lengthy discussion of the great flood initiated by Christy Rowe.

In fact, the conditions that caused 1940’s flood were similar to 2004, in that it wasn’t one weather event that triggered massive flooding on the night of Aug. 30-31.

We learned this from a report prepared some 75 years ago by the Tennessee Valley Authority titled “Floods of August 1940 in Tennessee River Basin.”

That’s right – floods, plural. It turns out there were actually two floods in 1940 that were about 16 days apart. And, based on reading the report, it seems they paralleled our experience in September 2004 when we saw two floods separated by just nine days. In both years the first storm caused widespread flooding and damage that left Jackson County residents reeling before they faced the second round’s knockout punch. A difference is that while both of our 2004 September floods were the result of hurricane-induced rainfall, only the first of the August 1940 floods was.

On Aug. 11, 1940, a Sunday that year, rains associated with a hurricane that originated in the West Indies began drenching the Tuckaseigee River’s headwaters. Owens Gap on the divide between the Tuckaseigee and French Broad watersheds (also on the Jackson-Transylvania county line) near the head of the Tuckaseigee’s East Fork, was hit with 10.89 inches of rain. Cashiers, on the Blue Ridge divide near the head of the river’s West Fork, reported 13.9 inches of precipitation. From there the amounts dropped sharply, with only 3.25 inches measured at East LaPorte, some 12 miles downriver.

The upper Tuckaseigee began rising late that day, and continued at a nearly steady rate until about noon, Tuesday, Aug. 13, the report states. Low bottoms were overflowed, and traffic on U.S. 23 was suspended near Dillsboro when water came over the road. Heavy drift piled against railroad trestles at East LaPorte and below Cullowhee and against highway bridges on many headwater tributaries, resulting in the loss of many such bridges. Houses were flooded at Cullowhee, and the hydroelectric plant at Dillsboro was forced to shut down.

The TVA report includes comparisons of the mid-August 1940 flood with past high water events:

Damage reported as a result of the first 1940 flood totaled $2.55 million across the entire Little Tennessee basin and $46,500 in Jackson County. Morrison-Knudson, the contractor that had begun construction of the Glenville Dam in July, reported an $11,000 loss.

The Tuckaseigee and Southeastern Railway, which at that time ran from East LaPorte to Sylva and followed the river most of the way, suffered considerable damage to its trestles and road bed. The main river crossing below Cullowhee was washed out and two trestles at East LaPorte were badly damaged. The T&S reported a $6,000 loss and was out of service for more than a week.

Engineers with TVA’s Hydraulic Data Division compiled the report, which clearly shows that while the first 1940 flood was bad, it pales in comparison to the second, which it attributes to a “purely local meteorological disturbance.”

“The first storm extended farther to the north, and the second farther to the south in the mountain regions of the Tennessee Basin,” the report states. “Where the storm areas overlap, large floods were experienced from both storms.”

Just as we were in September, 2004, Jackson County happened to be in that overlap area, and, like Canton and Clyde, experienced major flooding during the second storm. One significant thing happened on the Tuckaseigee between 1940 and 2004 – the construction of Duke Energy’s Glenville Dam (completed in 1941) on the river’s West Fork and the power company’s four lakes on its East Fork that were built during the 1950s. Between Frances’ Sept. 8, 2004, departure and Ivan’s Sept. 16 arrival, Duke personnel did everything possible to lower reservoir levels, succeeding in lowering Bear, by far the largest of the four East Fork lakes, by more than 15 feet; even that wasn’t enough to hold the stormwater, then-Duke District Manager Fred Alexander said during a public forum I attended that was held in late September that year.

When it came time for citizen comments, one participant said he was very grateful for Duke’s system of hydroelectric dams and reservoirs, which he credited with saving Jackson County from the more severe flooding experienced by Canton.

And, for the record, it is a common misconception around the county that President Franklin D. Roosevelt’s much publicized 1936 visit to Sylva happened in 1940, when he was in the area for the dedication of Great Smoky Mountains National Park. Roosevelt was in the Smokies for that event on Sept. 2, 1940; he reached Newfound Gap from Tennessee and departed the same way. The Sept. 5, 1940, Jackson County Journal, which came out five days post-flood, reports on massive efforts to rebuild roads throughout the county. Had FDR arrived here just a couple of days after the county’s greatest natural disaster, it’s unlikely that the 7,000-10,000 people who lined Sylva’s Main Street to greet him in 1936 would have been able to make it to town.