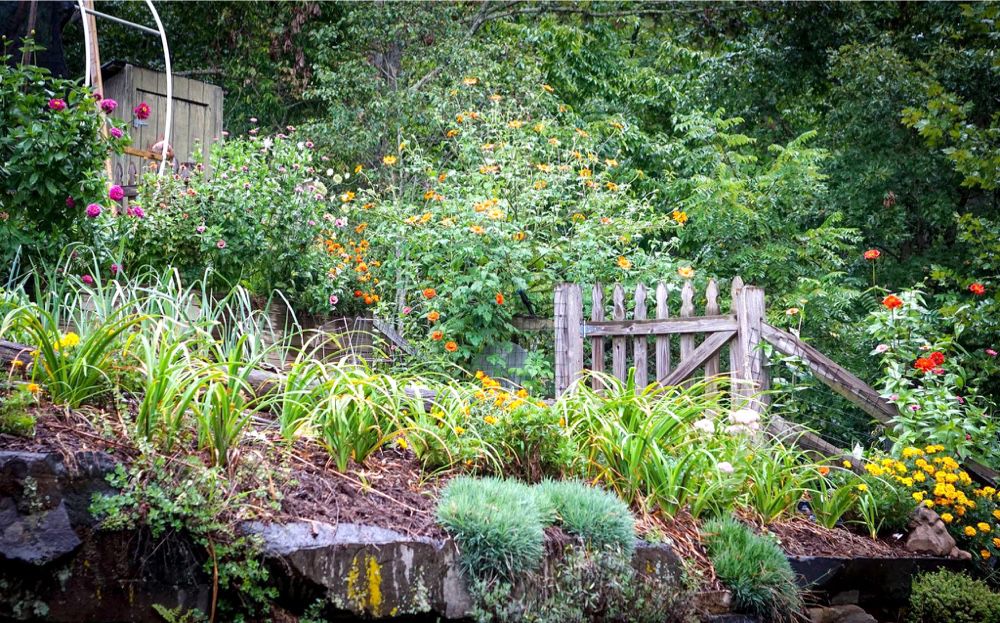 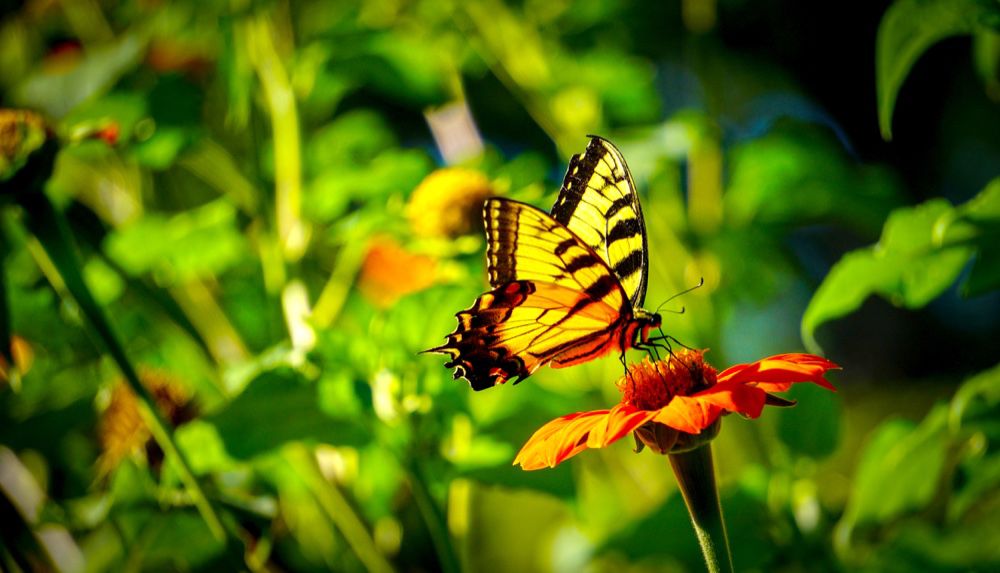 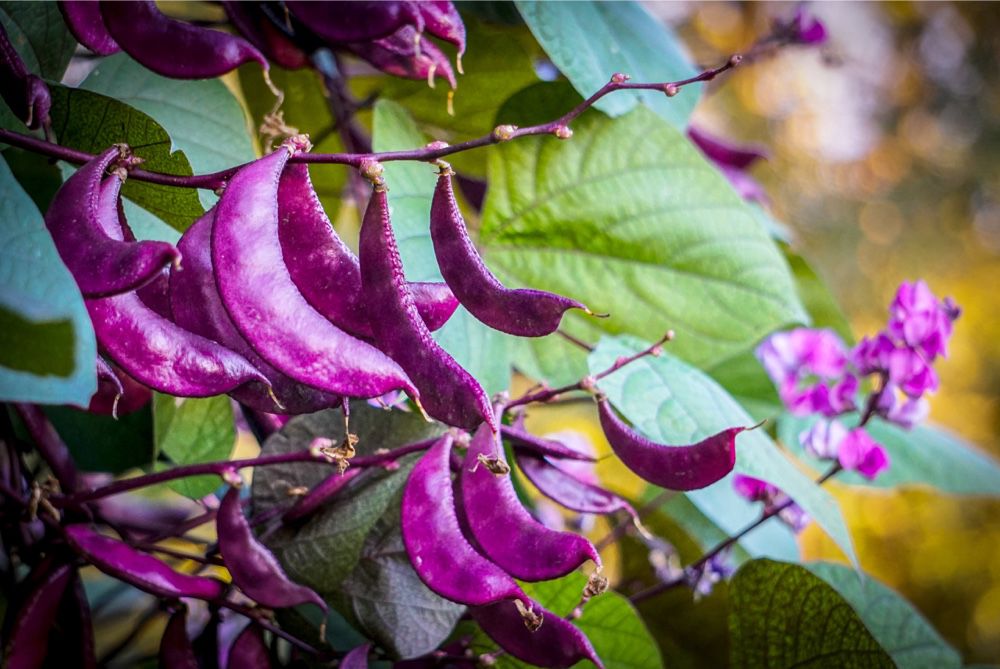 One of the great pleasures of a late summer and fall garden is the wide range of color; payback, I suppose, for oppressive heat and sticky, humid conditions.

Vegetables come in various shades of green, from the pale yellow-lime of Asian lettuce-like greens, such as Tokyo Bekana, to dark shades, such as carrot tops. There are edibles, too, with obvious ornamental value, such as burgundy-colored okra or Bright Lights Swiss chard, with its orange, yellow and pink stems.

But, flowers reign supreme as the indisputable stars of late August, September and early October.

Vegetable gardeners who mix flowers in the beds with their edibles should, in my humble opinion, eschew wishy-washy color selection. The predominant green of vegetables, whether lime or something darker, cries out – in fact, begs – for contrast. Please, plant flowers that thrill, the hotter and bolder the better. Save subtlety for a front flower garden, or a designated flower border.

Zinnias and marigolds self seeded heavily this year in the vegetable garden, gifts of an initial sowing made some years ago. Other varieties of flowers were intentionally selected and strategically planted, and the fact they are performing exactly as envisioned provides me with unseemly self-congratulatory feelings. But, in truth, this spring’s ample rainfall deserves most of the credit, because seeds swiftly turned into plants, practically leaping out of the soil.

Entering the garden gate, Mexican sunflowers tower overhead; there’s another patch, too, planted along a bordering wooden fence. Elsewhere in the garden, a teepee-like structure constructed this spring (and it’s still standing! And I built it!) is cloaked in a riot of hyacinth-bean vines.

Both the Mexican sunflowers and hyacinth-bean vines bring bright splashes of color to the garden, orange-red and deep purple, in that order, with the added benefit of carrying the eye’s gaze upward. This particular variety of Mexican sunflower is 5- to 6-feet tall; the hyacinth vines, even taller, tall enough, maybe, to serve Jack … “And what do you think he saw? Why, the beans he had thrown out of the window into the garden had sprung up into a big beanstalk which went up and up and up until it reached the sky.”

Mexican sunflowers or red torch (properly called Tithonia rotundifolia, not to be confused with Tithonia diversifolia, an even taller cousin), can handle dry conditions with ease.

There are compact varieties of Mexican sunflowers growing no more than 2-3 feet tall, including “Fiesta de sol” and “Goldfinger.” The taller ones, frankly, are somewhat coarse. In a border planting, they should be placed in the back, with some staking for support.

In the evenings, with the butterflies alighting and leaving, fluttering their wings as they come and go, Mexican sunflowers shimmering in the fading sunlight, I find myself mesmerized, as content as my nature allows me to be.

Native to both Mexico and Central America, Mexican sunflowers thrive in the heat, blooming from summer to fall. They blacken with the first hard frost, withering sort of like their namesake, Tithonus, did. In Greek myth, Tithonus was loved by the dawn-goddess Aurora. Zeus agreed to grant Tithonus eternal life, but Aurora failed to ask for eternal youth, and her love, Tithonus, grew old and shriveled.

When it comes to hyacinth-bean vines, go online and do a little reading about them, and you soon notice this showy plant seems to encourage writers to find and exploit the exclamation-mark key, like this:

They really are as magnificent as advertised. Native to the tropical regions of Africa, hyacinth-bean vines (Dolichos lablab) made it to Europe in the early 1700s and to this country in the early 19th century.

You can eat the beans, but research indicates they require twice boiling and discarding the water to protect against toxins. I think it’s probably best to just grow the vines for ornamental purposes only.

And, you’ll be glad you did. Because they are great! They are a deep, deep purple, the greatest purple you’ve ever seen!

Quintin Ellison is editor of The Sylva Herald. She is a fan of exclamation marks, and adjectives and adverbs, too, though perhaps not all used at once in the same sentence.