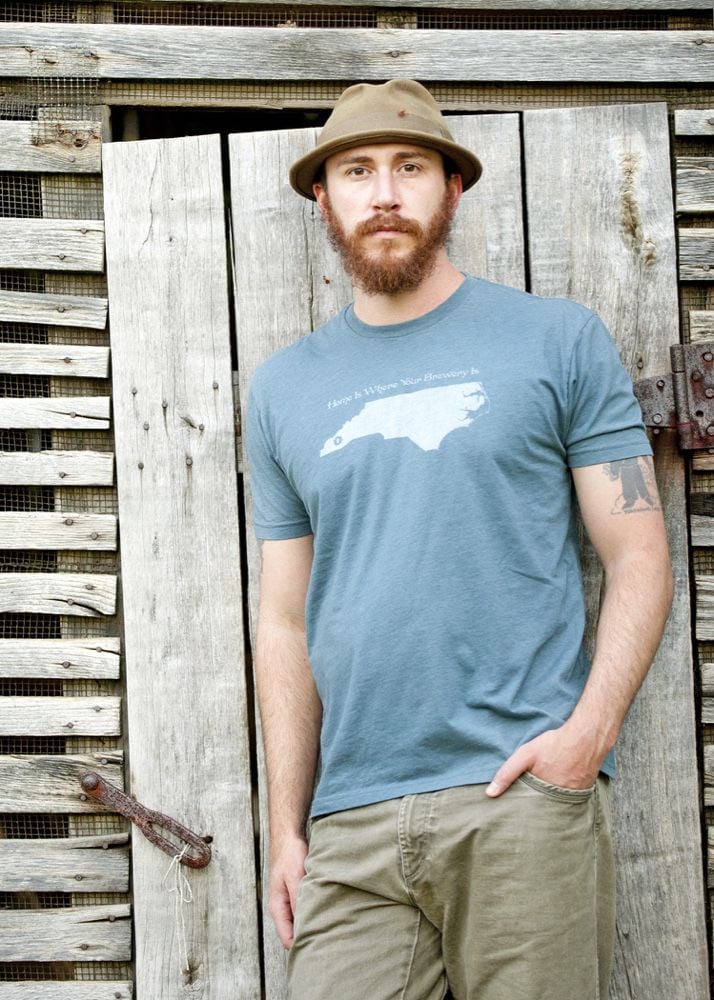 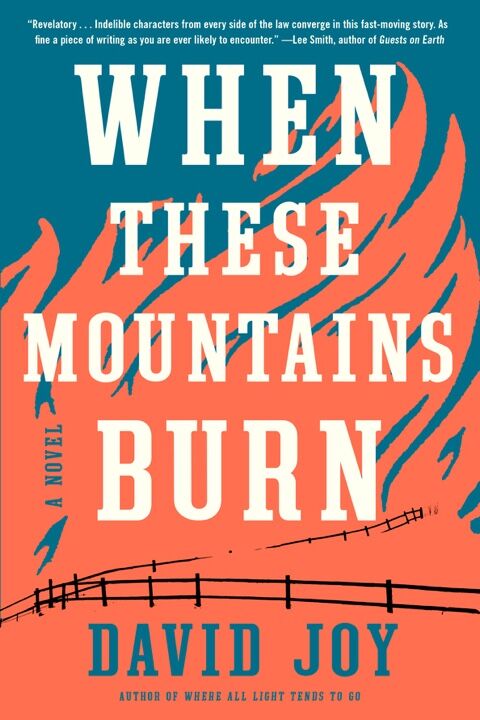 David Joy’s fourth novel, “When These Mountains Burn,” will, for mountain natives, be a travelogue of familiar places, and a love letter to the people and culture of the region.

It’s also, and primarily, a hard-edged look at the ravages of the opioid and heroin epidemic that has those people and that culture under siege.

But unlike the grim picture painted by J.D. Vance’s “Hillbilly Elegy,” Joy paints a picture of a slice of Appalachia people are fighting to defend, not fighting to flee. You can hear the creeks, smell the ramps, feel the crunch of the earth under your feet in a family graveyard holding generations in their eternal slumber.

The people dealing with the grips of addiction are painted just as vividly: Those who try to battle it, those who surrender to it, and the central character, Raymond Mathis, who goes to war against its source after a devastating loss.

Joy, who lives in Tuckasegee, says “Heroin really started to take hold of the community where I live over the past five or six years. That’s not to say that there wasn’t a growing opioid problem before that, but it really became impossible to ignore more recently.

“You started seeing Sharps Containers put up in gas station bathrooms. You go to the post office and see the parking lot littered with needles. I watched medics pull the body of someone who overdosed out of the creek. Addicts showed up on my doorstep asking if I had a sewing kit, me knowing they wanted the needle to skin pop. I lived in a little farmhouse at the time and a couple hundred yards up the gravel road was where most of the heroin was moving. There wasn’t a day went by that police weren’t passing the house. My point is that writing about it wasn’t so much of a choice as it was a necessity.”

The societal fires Joy describes are set against the actual fires that ravaged the region in 2016, fires that cast a gloom to match the societal disaster in Joy’s tale. The story is fast-moving, the characters are richly fleshed out, and despite its gritty settings and subject matter, wraps up with a sense of redemption and hope for the possibility of better days ahead.

Simply put, Joy is at the top of his game.

The release date for “When These Mountains Burn” is Aug. 18.

The Herald asked Joy for his thoughts on the topic of the book and other pressing local issues.

Has COVID taken the focus off the drug epidemic?

I don’t know that the focus has ever been on the drug epidemic. Quite honestly there were zero resources available when it was methamphetamine ripping apart the mountains. There were zero resources available when it was prescription drug abuse. I think the difference with heroin is that it’s unignorable. You drive through Frog Level (in Waynesville) and you see the reality of that addiction. You walk around Lake Junaluska and the needles and caps litter the banks and flotsam. You step out of your truck at the Sylva Walmart and you see people nodding out in their cars. So there are a couple of differences between this and the drug epidemics of the past, 1) is how overt the effects of heroin are on this community, and, 2) unlike some of the other drug trends in the past, heroin doesn’t seem to be tied to any particular social class. It’s affecting everyone across the economic strata. And so the response we’ve seen, as poor as that response has been, is really a reaction to those two qualities. The opioid epidemic can’t be pushed into the back of the closet the way other problems have been. That said, addiction and addiction resources, mental health services have never been a priority in this country. That’s not a mountain problem as much as it is an American problem. On a bit brighter note, I think the Eastern Band has done a much better job at investing in its community than we have in the surrounding counties. Whether those resources are being fully utilized yet or not, the fact that they’re making those investments in social programming is an important step in addressing these problems. Juxtaposing the way these communities have responded to this crisis was part of what this book was about.

Do you think mountain folks, accustomed to isolation, are handling the pandemic better than others?

I think the self-sufficiency of mountain culture and rural culture were very advantageous, especially early on during all of this. My freezer was full. The jars were shelved. The soil was turned. The garden was about to go in. The idea of stocking up for two weeks was something I never had to consciously think about. We were stocked up for the rest of the year. We always are. So, yeah, I think in some ways that self-sufficiency and comfortability in isolation made things easier on rural people. At the same time, the other aspect of this place is the seasonal influx of outside wealth, and that annual migration of folks flocking in from the outside put a tremendous burden on resources that were already greatly limited and stretched thin. In a lot of ways we’ve lucked out so far. And that’s not to overlook or undermine how much some local people are hurting from the effects COVID has had on a tourist-based local economy, but that is to say in a county that typically doubles in population “in season” the possibility for a complete resource collapse is always a very pressing reality.

How are the protests of 2020 impacting the culture?

This country is experiencing a long overdue day of reckoning. There is water in the basement. There’s always been water in the basement. And you can refuse to open that door, refuse to go down there and address that problem but eventually you’re going to have to deal with the fact there’s mold growing out of the walls. That’s where we are in this country. We failed to address the problems with our house, and now it’s caving in all around us. That said, I’ve found myself in an oddly hopeful place as of late. In the past when these sorts of things happened – whether that be Eric Garner, Philando Castile, Alton Sterling, Tamir Rice or the names and names and names that could fill this entire newspaper – Black folks were left to stand alone. But for the first time in our history there is a collective taking to the streets, in fact there’s been a worldwide taking to the streets. There’s a hopefulness to that, and as dismal and pessimistic as I sometimes am, that hasn’t escaped me.

Finally, do you sometimes feel you were born 50 years too late?