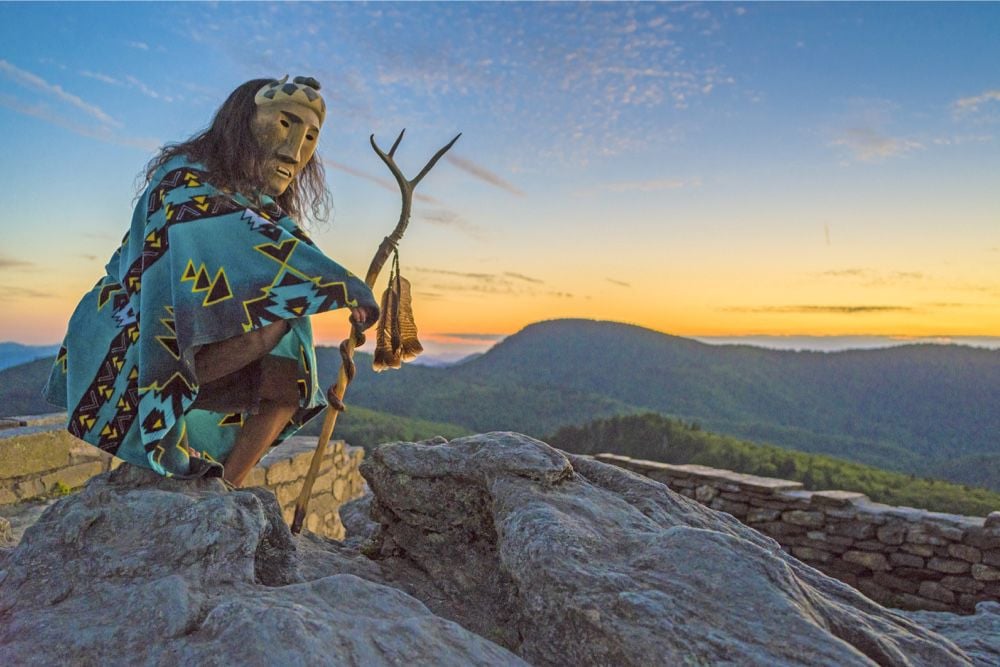 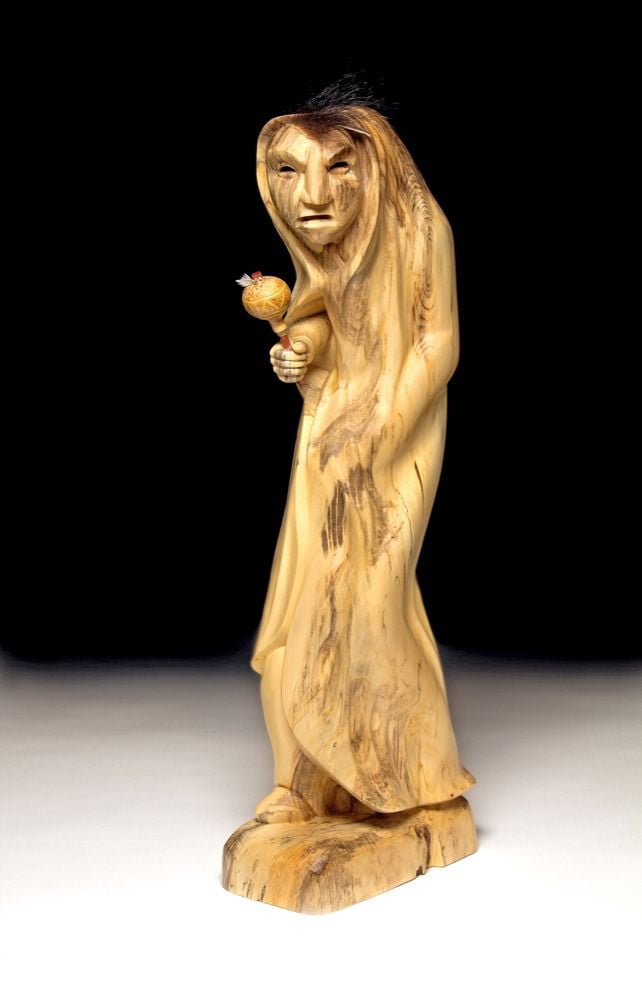 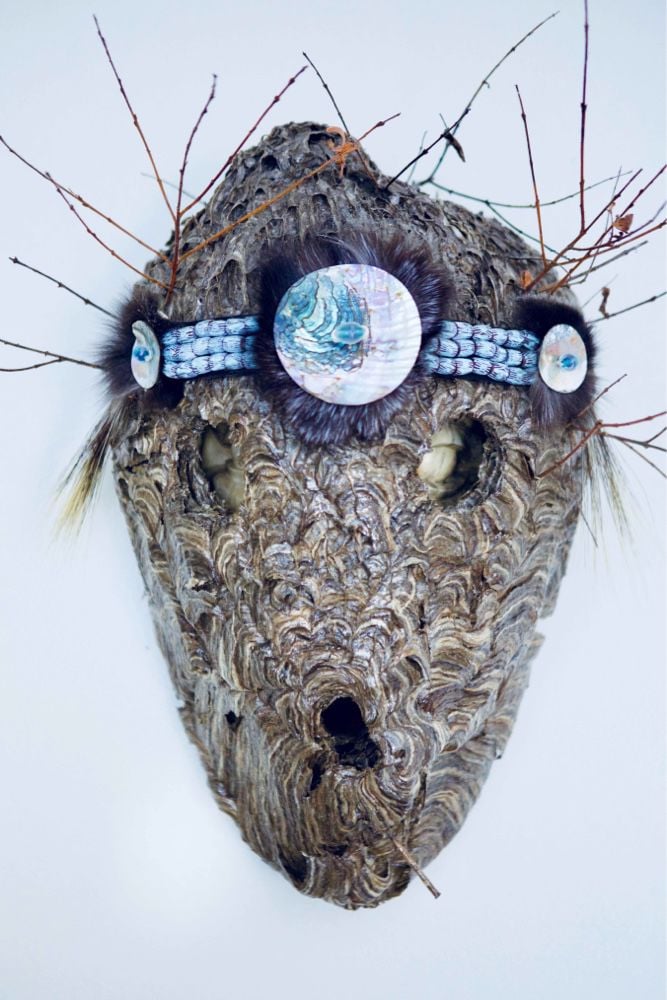 “Renewal of the Ancient: Cherokee Millennial Artists” will open Sept. 1 at the Museum of the Cherokee Indian.

“We want to feature young Cherokee artists in the first exhibit in our new gallery,” said Bo Taylor, director of the Museum. “They are keeping our traditions alive and making them meaningful for this generation.”

The exhibit and the new gallery renovation have been funded by the Cherokee Preservation Foundation, the N.C. Arts Council and the Museum of the Cherokee Indian.

Joshua Adams, the guest curator for the “Renewal of the Ancient” exhibit, works in woodcarving, stone carving, painting, photography, 3D printing, pottery and videography. Adams is a fourth generation woodcarver, as well as a student of James Bud Smith; he was inspired by Cherokee master artists Amanda Crowe and John Julius Wilnoty.

Adams, a graduate of Western Carolina University, is also a juried member of the Qualla Arts and Crafts Mutual Cooperative. His work has been shown at the National Museum of the American Indian in Washington D.C., the Cherokee Art Market in Tulsa, the Santa Fe Indian Art Market, the Asheville Art Museum, the Bascom Center, the Art in Embassies project and in a solo show currently at Western Carolina University. Adams was featured in Our State Magazine.

Among other awards, Adams has received the Cherokee Nation “Culture Keeper Award” (2016, 2017), as well as first place in Diverse Arts in 2015 and first place in Sculpture at the 2016 Santa Fe Indian Art Market. Adams teaches woodcarving at Cherokee Central Schools. His work ms be viewed at www.joshuaadamsart.com.

“As a Cherokee artist, I am humbled by the forms and techniques of our ancient culture,” Adams said. “Art has always been the vessel used by our people to solidify our unique vision of the world. As technology and mediums continually change, the common thread of Cherokee culture only strengthens with each artist’s contribution. We must all encourage young Cherokee artists to discover the unprecedented amount of inspiration found within the past.”

Other millennial artists in the show include John Henry Gloyne, John “Bear” Allison and Madison Hye Long. Gloyne is a painter, musician and tattoo artist whose imaginative paintings of traditional masks and gorgets will appear in the show. Gloyne works as a tattoo artist at Spiderweb Tattoos in Asheville.

Allison is a photographer and video artist whose photograph “Booger’s Courthouse” is one of the featured images in the show.

His series of photographs shows traditional masks used in the “Booger Dance” appearing in locations around the mountains. Allison is a partner in Raven’s Eye Media.

Madison Hye Long, a young photographer, uses Cherokee models at beautiful locations in the mountains. She is currently studying at the Academy of Art University in San Francisco, and her photographs have been featured at the Asheville Art Museum of the Slope as well as on the Travel Channel and in the New York Times.

She recently started a business with friends on the Qualla Boundary selling stickers and T-shirts. “We do our own designs and we want to interpret culture,” she said in a recent interview.

The Museum is located at 589 Tsali Boulevard in Cherokee, at the intersection of U.S. 441 and Drama Road. It is open year-round from 9 a.m.-5 p.m., closed on Thanksgiving, Christmas and New Year’s Day. Cost of tickets is $11 for adults and $7 for children ages 6-13. Children ages 5 and under are free. Price of admission covers entry to three exhibits: “Story of the Cherokee People,” “Emissaries of Peace” and “Renewal of the Ancient.”

Discounts are available for groups, AARP members, AAA members and the military. Audio tours are available in English, Spanish and German languages. The Museum Store sells books, handcrafts, art and more. Museum memberships include free admission and discounts in the Museum Store.

Genealogical services are available. For more information on visiting, ticket prices and the new exhibit, call 497-3481 ext. 1003 or go to www.cherokeemuseum.org.